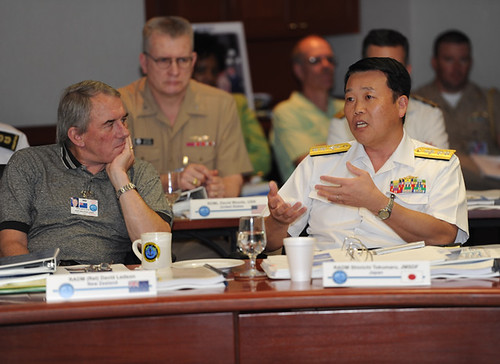 The CFMCC course consisted of a series of presentations and discussions on topics such as command and control, multinational operations, information-sharing, piracy and maritime security. Senior flag officers and subject matter experts served as session instructors to develop perspectives necessary for the effective employment naval forces in a joint, coalition or interagency environment. This practical application of maritime capabilities to real-world scenarios helps to improve the effectiveness of leaders who routinely function together at the operational level of command and control.

“Having attended the course and making good friends in’08, it put me in good stead to command CTF-151. It was my pleasure to share my experience and positive feelings of the value of the course with the classes in Naples, Bahrain and Hawaii.”

The flag-level course is specifically designed to develop a network of international maritime leaders in support of theater or regional cooperation. This focus is oriented toward maritime security to prepare the attendees for theater-level combat leadership and offer a broad perspective of operational and strategic levels of war. “If the navies of the region are to be able to work effectively together on operations or routine tasks, then the operational commanders need to be able to talk with each other. This course creates a fantastic opportunity for those conversations to start,” said Rear Adm. David Ledson, a former Chief of Navy for New Zealand and facilitator for many of the discussions.

Regional challenges, and the application of CFMCC capabilities to address those concerns, are the basis for course curriculum, and help to develop understanding of security issues facing participating nations.

U.S. Navy Rear Adm. Jeffery “Scott” Jones attended the course in preparation for his service in the region later this year as commander of Task Force 76. “The CFMCC course is a unique opportunity to meet and discuss a broad range of maritime issues, not only in the Pacific region but worldwide,” Jones said. “This event fosters friendships and understanding among contemporaries in the region as well as supporting a common understanding of the challenges and opportunities that maritime operations present. It is vital that we continue to engage with our partners to meet the challenges and requirements of a diverse global maritime world, and the CFMCC Course provides a venue to do just that.”

The course is based on the principles of transparency, non-attribution, and mutual respect for participants to provide a comfortable forum for open discussion of issues to facilitate a better understanding of the various perspectives involved in a combined force.

The first CFMCC Course, which focused on U.S. Naval Forces Central Command, was held in Newport, R.I., in September 2006. U.S. Pacific Fleet has hosted CFMCC courses each year since 2007. In addition to classes in Hawaii, the U.S. Naval War College has conducted CFMCC courses at the headquarters of U.S. Navy component commanders in Naples, Italy, and in the Kingdom of Bahrain. 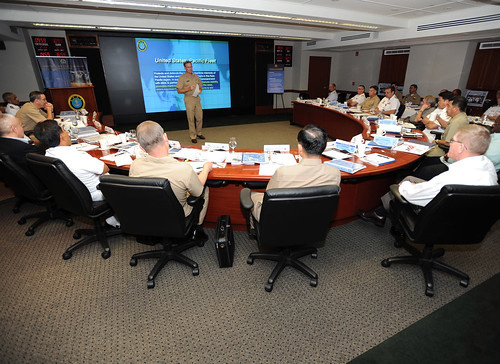