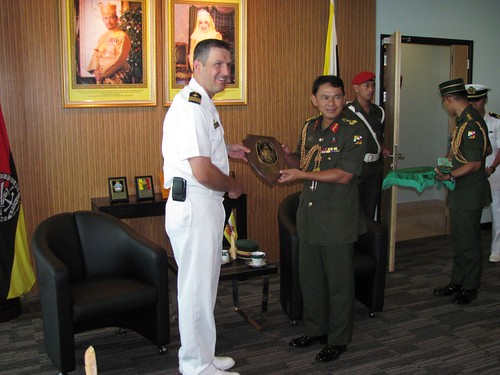 During the meetings, Miller, Charge de Affaires Alex Barrasso, Commander of the RBAF Maj. Gen. Aminuddin Ihsan, and Commander of the Royal Brunei Navy (RBN) Col. Abdul Halim, discussed the common goals the U.S. and Brunei have in regards to regional maritime security.

“Meeting with Major General Aminuddin and Colonel Halim was an honor and a privilege,” Miller said. “My crew and I are gracious for the hospitality and friendship which have been shown to us and we are looking forward to continuing to work with the RBAF to achieve our common goal of maritime security throughout the region.”