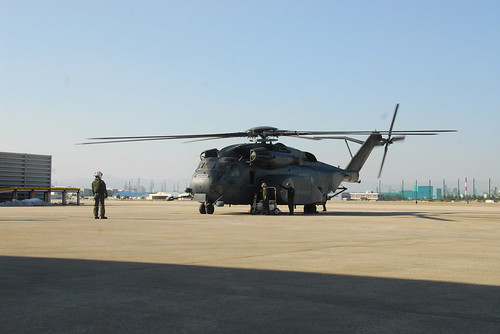 "Foal Eagle provides the U.S. Navy the perfect opportunity to demonstrate the United States commitment, enhance warfighting readiness and our Mine Warfare capabilities with the Republic of Korea Navy," said MCMRON 7 Commander Capt. Bob Lineberry. "This year, the increased level of participation between both navies strengthens our partnership and ability to effectively operate as a team."

Foal Eagle is an annual exercise designed to enhance the ROK-US Alliance's ability to protect the Republic of Korea and maintain stability on the Korean peninsula.

"This exercise provides us an invaluable opportunity to train and integrate airborne, surface and unmanned systems from both navies," Lineberry continued.

Participating in this years exercise are USS Avenger (MCM 1) and USS Guardian (MCM 5), both forward deployed to Sasebo, Japan, aircraft from the Vanguard of Helicopter Mine Countermeasures Squadron (HM) 14 Det. 1, forward deployed to Pohang, Korea, unmanned vehicles from the Naval Oceanography Mine Warfare Center based at the Stennis Space Center in Mississippi and elements from Explosive Ordinance Disposal Mobile Units (EODMU) One in San Diego, and Five in Guam.

Foal Eagle is MCMRON 7's largest annual command and control exercise and is being conducted in the vicinity of Chinhae and Pohang, ROK.