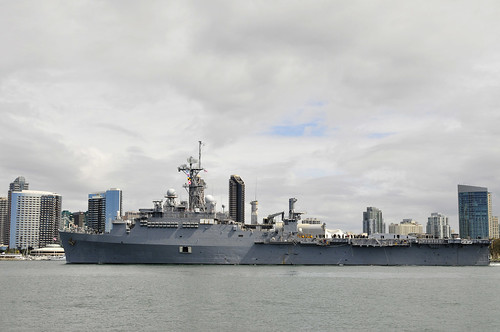 The origins for Pacific Partnership are rooted in the 2004 U.S. response to the Indian Ocean tsunami that devastated parts of Indonesia and other South East Asian countries. The mission remains in place to strengthen regional relationships with nations and non-governmental organizations (NGOs) that might be called upon to respond to another natural or humanitarian disaster in the region.

"Pacific Partnership has evolved into much more than a humanitarian mission. It allows the United States, along with all the participating nations and NGOs, to prepare for and better respond to natural disasters around the world like the flooding, earthquakes and tsunami that have recently impacted Australia, New Zealand and Japan," said Capt. Jesse Wilson, Pacific Partnership 2011 mission commander. "By working together we are better prepared to respond to future disasters."

Pacific Partnership is designed to enhance the response to humanitarian and natural disaster efforts though medical, dental and engineering outreach projects. Cleveland will be the lead vessel during the four-month deployment. Ships from Australia, Japan and New Zealand, and a helicopter crew from France, will join during different phases of the mission. Teams from Canada, Singapore, Malaysia and Spain will also participate.

"This is more than a whole of government approach," Capt. Wilson continued, "It is a whole of several governments."

In addition to these partner nations, NGOs will embark USS Cleveland to work with their host nation counterparts on developing recycling methods, clean water practices and alternative energy initiatives.

"We built more environmental programs into this year's mission in an effort to ensure our partners in the region are even better prepared to withstand the effects of a natural disaster over time," Capt. Wilson said. "Our goal is not to simply give these nations supplies. Our goal is to work with them on infrastructure and training capabilities that can be sustained long after the mission ends."

The five-nation visit will include stops in Tonga, Vanuatu, Papua New Guinea, Timor-Leste, and the Federated States of Micronesia.

In the past five years, more than 300,000 patients have received preventive medicine services and more than 150 engineering projects have been completed in over a dozen countries in the region during Pacific Partnership missions.