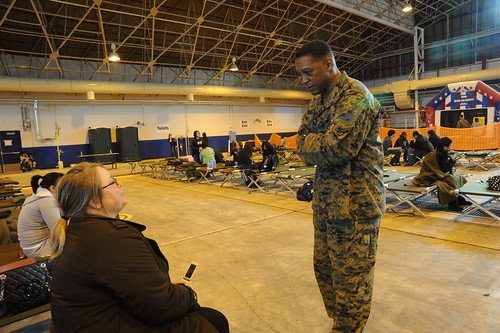 The 111 family members and 15 pets departed Naval Air Facitiy Atsugi were the last to be voluntarily moved on military contracted flights. While the number of families volunteering has shrunk to a trickle, the Operation continues and future authorized departures will be arranged through commercial travel offices.

“The personal comfort and safety of our people is always a top priority, and helping family members who volunteered to depart was a case in point,” said Lt. Gen. Kenneth Glueck, commander of Joint Task Force 505. “I’m extremely pround for the great teamwork of everyone involved in the ongoing effort to make Operation Pacific Passage a success.”

On March 17, the office of the under secretary of defense authorized DoD eligible family members located in selected prefectures on the island of Honshu, Japan, to voluntarily depart for designated locations of the United States and other designated safe haven locations.

To date, more than 7,400 eligible family members have temporarily relocated, along with 409 family pets.

Joint Task Force 505 is headquartered on Okinawa with a forward operating element at Yokota Air Base near Tokyo.