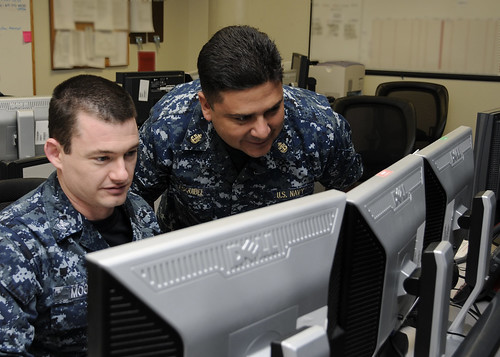 As the Canadian Navy Victoria-class submarine HMCS Corner Brook (SSK 878) was conducting a coastal transfer of from Halifax, Nova Scotia, to Esquimalt, British Columbia, U.S. and Canadian forces took advantage of the opportunity to test ASW procedures and command and control. Maple Fury provided unique training with a modern diesel submarine as she transited up the western coast of the United States.

"As the Navy works to hone perishable ASW skills, allied units like the Corner Brook become increasingly important to the warfighting readiness of our Strike Groups and ASW forces," said Capt. CJ Kalb, Chief of Staff, Commander, Anti-Submarine Warfare Force, U.S. 3rd Fleet (CTF-34). "Corner Brook is a great asset for Canada and a welcome addition to the Pacific. We look forward to working with her and other Maritime Forces Pacific units in as many exercises as possible in the future."

The U.S. Navy, Canadian Navy and Canadian Air Force tested capabilities, skills and expertise that can be applied to ASW operations anywhere in the world.

Maple Fury was conducted in two phases. Phase one of the exercise occurred off the coast of Mexico and Southern California as Corner Brook encroached upon the fleet concentration areas of San Diego. Phase two occurred off the coast of California as Corner Brook departed San Diego and approached the fleet concentration areas of the Pacific Northwest.

"The training conducted during this exercise gave me a better understanding on how our coalition forces operate," said Operations Specialist 2nd Class (SW) Jeremy Moore of CTF-34. "I look forward to passing on this knowledge to my shipmates so they too can experience working with different military units during future exercises."

ASW and submarine surveillance is a highly technical skill required to detect extremely quiet diesel-electric submarines that could threaten the strategic waterways through which most of the world's commerce passes. Exercises such as Maple Fury provide an opportunity for militaries to work and train together to hone these important skills.