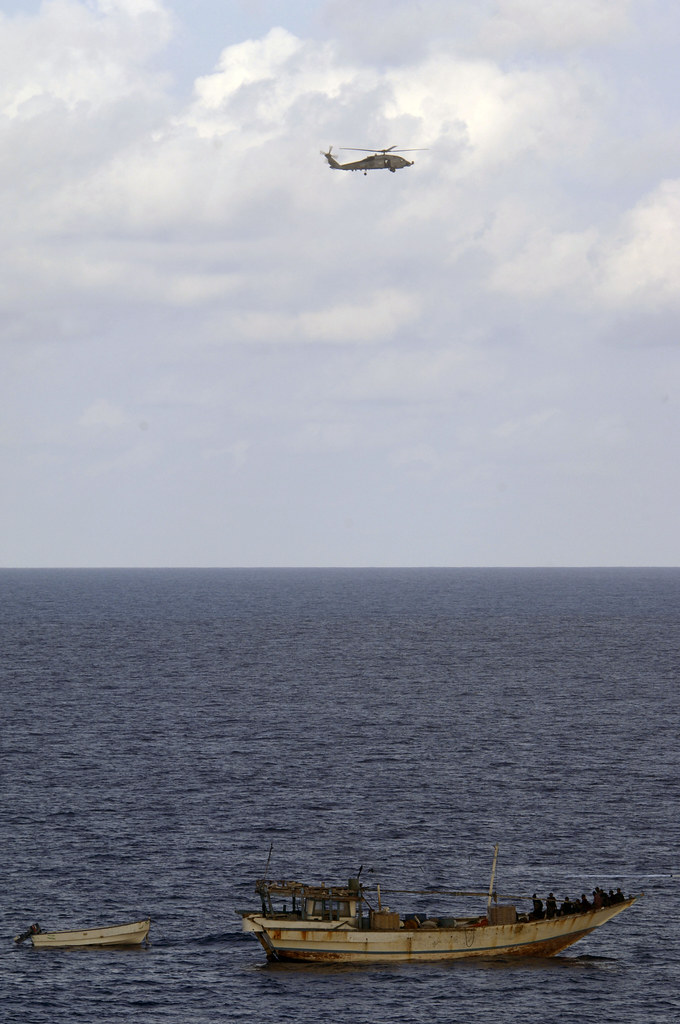 An Indian maritime patrol aircraft was able to locate the vessel and communicate with its crew, which had locked themselves in a secure space from which they could control the ship, known as a 'citadel.'

While Giresun boarded Full City, Bunker Hill approached a dhow in the area believed to be the 'mothership' for the pirate attack. An SH 60 Sea Hawk helicopter from Helicopter Anti-Submarine Squadron Light 49, deployed with Bunker Hill, fired warning shots to stop the dhow and instructed the suspected pirates to move to the bow of the vessel. In the early evening, a visit board, search and seizure team from Bunker Hill boarded the suspected pirate dhow.

The team found and destroyed paraphernalia on the dhow, including weapons, excessive fuel and other equipment commonly used in the commission of acts of piracy. They also sank a small skiff towed by the dhow; these skiffs are often used for actual attacks and boardings by pirates.

Giresun found Full City's crew safe with no pirates on board the vessel.

Bunker Hill and Carl Vinson are on a routine deployment to the U.S. 5th and 7th Fleet areas of operation.