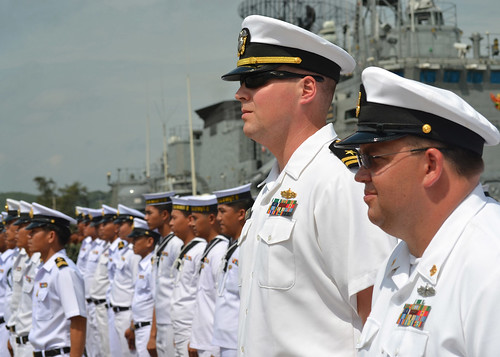 “We expect this will be a historic year for CARAT, with some of the most complex training ever,” said Rear Adm. Thomas Carney, Commander, Task Force 73 and the Executive Agent for the exercise. “In the year since our last exercise the Thai Navy successfully completed its first anti-piracy mission as part of Task Force 151, and the aircraft carrier Chakri Narubet responded to floods in the South to save Thai citizens and international guests,” he said.

“These are both scenarios we’ve trained for in past CARAT exercises,” Carney added, “which underscores the value of the training the U.S. and Thai Navies have developed together.

CARAT is a series of bilateral military exercises between the U.S. Navy and the Armed Forces of Bangladesh, Brunei, Cambodia, Indonesia, Malaysia, the Philippines, Singapore, and Thailand. Additionally, Vietnam participates in a CARAT-like skills exchange.