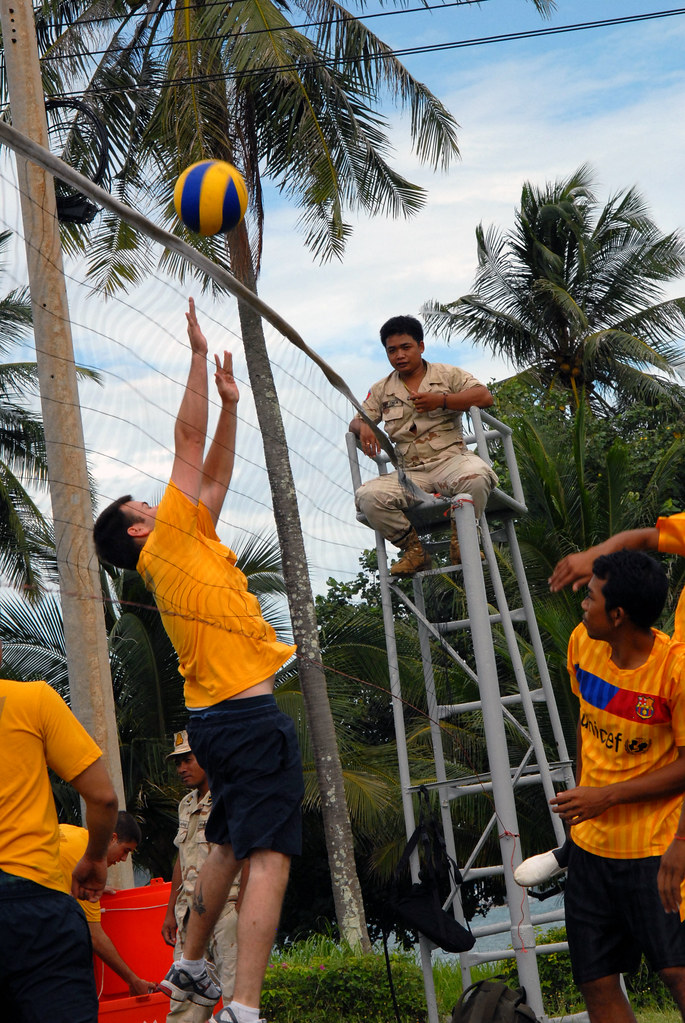 SIHANOUKVILLE, Cambodia (June 15, 2011) A Sailor from USS Avenger (MCM 1) jumps to block a shot during a volleyball game with members of the Royal Cambodian Armed Forces. (Official U.S. Navy photo)

While here, Sailors visited a local primary school where they delivered Project Handclasp supplies and various other items such as soap and soccer balls.

“We’re grateful to be able to help these children with items they need,” said Lt. Cmdr. Patrick German, commanding officer of Avenger.

The day before the two ships departed, both crews sent sports teams to compete in soccer and volleyball against Royal Cambodian Armed Forces teams at Ream Naval Base. Both teams enjoyed the good spirited competition and the barbeque that followed it.

“Any day we can interact peaceably and have fun with members of another country’s armed forces is a good day,” said Lt. j.g. Justin Van Es. Avenger and Guardian will continue on their scheduled MCM Western Pacific deployment in the 7th Fleet area of responsibility.