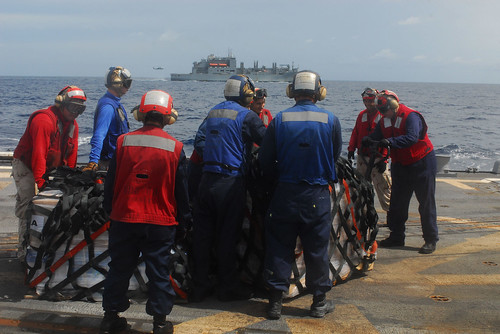 “We are honored to be able to represent the United States during BRIDEX. This significant event showcases the continued cooperation between the United States and the Royal Brunei Navy. Our Sailors have been looking forward to participating with not only the Royal Brunei Navy, but the host of other nations as well,” said Cmdr. Joseph Cahill, commanding officer of USS Preble.

During the exhibition, Preble’s crew will be holding a reception for more than 150 distinguished visitors and a pass in review with 22 ships from 12 navies from around the world. Preble’s crew members will also be taking part in a parade through Brunei.

“The extensive program of events affords Preble Sailors a unique opportunity to interact with navies from all around this strategically significant region. Our interaction, whether it be in professional forum ashore, combined movements at sea or as part of a recreational or sports challenge ashore, fosters an appreciation for the combined effort required to promote greater collective security, stability, and trust in the region,” said Cahill

Preble is currently on deployment in the 7th Fleet area of responsibility.