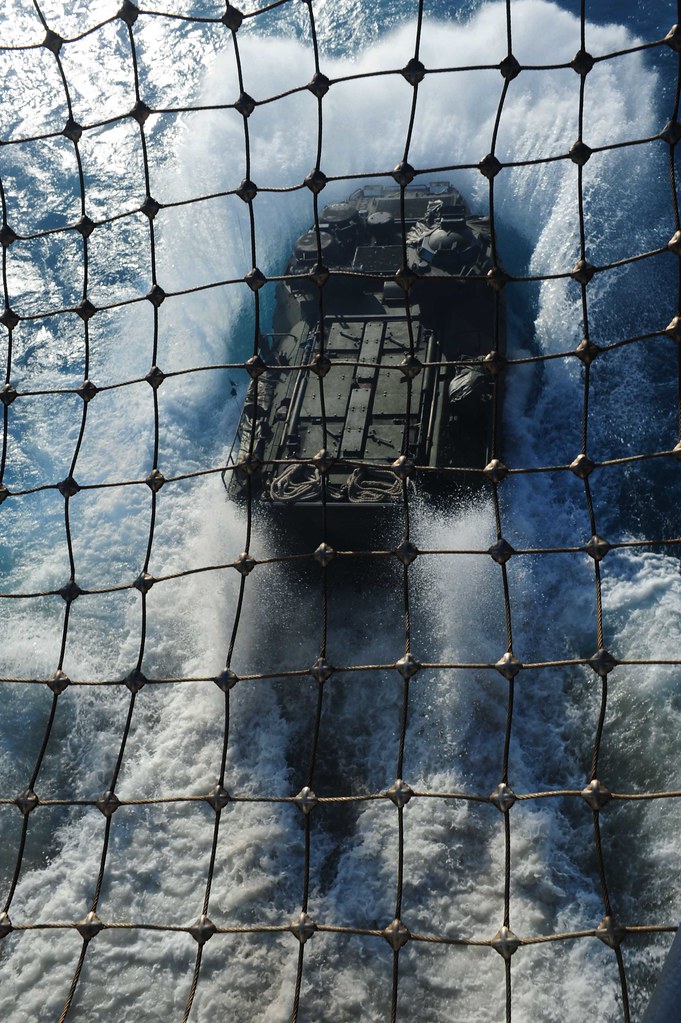 Germantown, the forward-deployed amphibious assault ship USS Essex (LHD 2) and the 31st MEU have been participating in Talisman Sabre, a biennial, joint sponsored exercise by U.S. Pacific Command and Australian Defense Force (ADF) Joint Operations Command. With approximately 14,000 U.S. and 9,000 Australian personnel, TS11 was the largest joint military exercise undertaken by the ADF. The exercise was conducted to improve bilateral operations between the U.S. and Australia.

Essex maintained a constant watch in the ship's combat information center as the supervisory authority for participating ships in the exercise. They provided around-the-clock coordination and real-time responses for every scenario.

Germantown, the 31st MEU and Australian forces conducted land, sea and air training around the Australian coast including an amphibious raid and capturing the airfield at Sam Hill. They also practiced their ability to conduct joint humanitarian assistance and disaster relief operations.

"It is very important U.S. forces participate in the exercise because it presents our land, air, and maritime forces the opportunity to train with our Australian allies in a variety of mission areas, improving our communications, techniques and procedures and laying the foundation for rapid integration of U.S. and Australian forces for real-world operations," said Hull.

This type of training has proved extremely relevant for elements of the Essex Amphibious Ready Group (ARG), which returned in April from providing disaster relief to regions of Japan affected by the March 11 earthquake and ensuing tsunami.

"The United States and Australia have been allies since WWI. We have fought on the battle fields of Europe, Vietnam, and now they are with us in Afghanistan," said Gadsden. "This exercise is a continuation of our partnership. We will continue to train and support each other."

Gadsden stated the bilateral training conducted with the Australians was beneficial because it shows they can operate as an integrated force in defense of both our nations' interest.

Commander, Amphibious Squadron 11 Capt. Bradley Lee said exercises like Talisman Sabre show our friends and potential foes the U.S. Navy/Marine Corps team is capable of rapid integration with our coalition partners and able to respond to any crisis, natural or man made.

"I would say that Talisman Sabre was a huge success. Despite what initially appeared to be potential setbacks, I think the rapid and thoughtful work of both our allies and U.S. forces made TS11 one of the best exercises to date," said Lee. "We were able to command and control forces from great distances while maintaining an accurate picture of the battle space throughout the entire exercise. Additionally, our Sailors and Marines, some for the first time, enjoyed the great hospitality of our hosts in Australia."

The Essex ARG is comprised of Essex and Germantown, which reports to Commander, Amphibious Force Seventh Fleet, Rear Adm. J. Scott Jones, who is headquartered in Okinawa, Japan.