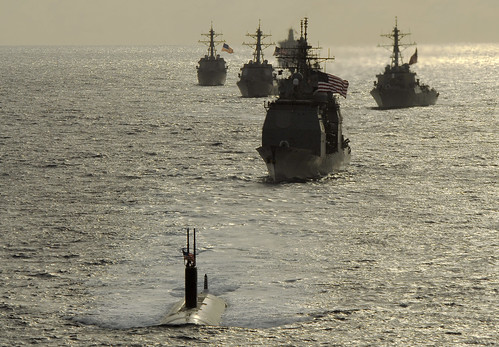 "We exercise across multiple warfare disciplines to ensure our ships are ready to meet operational requirements when they deploy," said Capt. Dave Welch, commander of Destroyer Squadron 31 (CDS 31). "Koa Kai is our primary integrated training event in the Middle Pacific to achieve deployment readiness and to complete integrated training objectives."

"We're extremely pleased that our partners in the Japan Maritime Self-Defense Force have joined us for this version of Koa Kai. Their participation will add great value and depth to the exercise," he added.