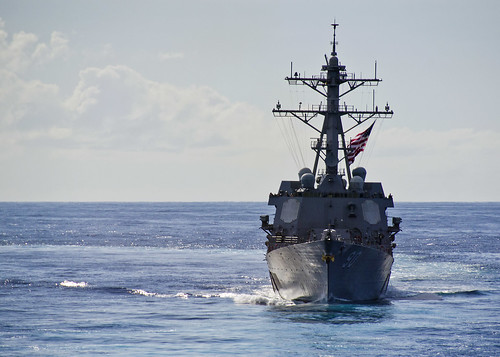 PEARL HARBOR - Guided-missile destroyer USS Chafee (DDG 90) will depart Joint Base Pearl Harbor-Hickam on Nov. 29, for an independent deployment to the Western Pacific.

Chafee, commanded by Cmdr. Justin A. Kubu, is deploying under the Middle Pacific Surface Combatant (MPSC) deployment concept in which Pearl Harbor-based ships deploy in support of operations primarily in the Western Pacific under Commander, U.S. 7th Fleet. The crew of more than 250 Sailors will conduct integrated operations in conjunction with coalition partners deployed to the Western Pacific.

For more information on USS Chafee, visit the ship's website.