USS Chung-Hoon to Return from Deployment 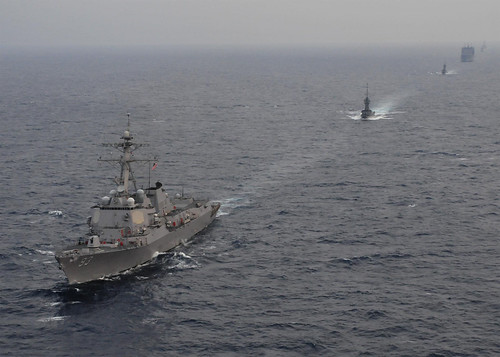 Chung-Hoon is commanded by Cmdr. Justin Orlich, and has a crew of more than 280 officers and Sailors. The ship deployed June 1, 2011 under the Middle Pacific Surface Combatant deployment concept, in which Pearl Harbor-based ships deploy in support of operations primarily in the Western Pacific.

CARAT is a series of bilateral military exercises between the U.S. Navy and the Armed Forces of Bangladesh, Brunei, Cambodia, Indonesia, Malaysia, the Philippines, Singapore, and Thailand.