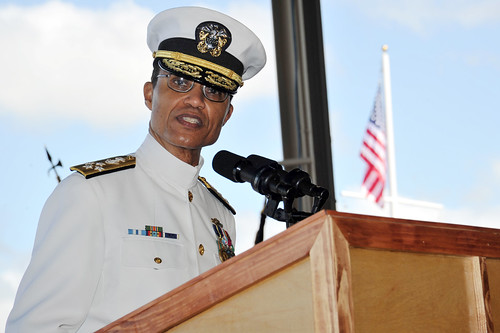 Chief of Naval Operations (CNO) Adm. Jonathan Greenert presided over the ceremony and praised Walsh for his service in the Navy and the impact his leadership had on the command.

"Pat has been committed to the building and improving of our relationships in and around the Western Pacific."

"As the magnitude of this epic disaster reached an unprecedented scale of any of our experience, my senior staff implored me to assign our senior most joint warfighting commander to lead the U.S. response. That morning Adm. Pat Walsh assembled elements of his joint task force staff and prepared to depart for Japan," said Willard. "Everyday I observed Pat's organization, initiative, imagination and drive to provide Gen. Oriki (Japan Joint Staff) and his forces every service they required, including nuclear engineering expertise on an unprecedented scale. Such leadership will never be forgotten in Japan nor in the Pacific Fleet, that is the legacy of Admiral Pat "Sponge" Walsh."

In his remarks, Walsh spoke of the important role maritime forces play in the vast Pacific Fleet area of responsibility, and the U.S. Navy's commitment to that role.

He warned that other nations are gauging our commitment, particularly in light of budget constraints. "They are watching with keen interest the effect of the U.S. economic challenges, the strain of more than a decade of war on the Navy's ability to remain forward, to remain engaged and ready," said Walsh.

But he stressed that the Navy has overcome such challenges before and remains committed to maintaining regional stability.

"Let's be very clear: we have been here before," said Walsh. "We have faced austere economic cycles in the past. And while the American public has kept faith with the Navy, they have not changed their view of our mission or their expectations of our response to crisis conditions."

Walsh, who is retiring after 34 years in the Navy, is confident in Haney's capabilities and leadership.

"If ever there were a person who's ready for the challenge to assume command of the Pacific Fleet with all its complexities, with all of its challenges and who has worked and held critical leadership positions at every level, it's Cecil Haney," said Walsh.

After reading his orders and assuming command, Haney thanked "our international allies and partners and our local community for (their) enduring relationship with the U.S. Navy" and expressed enthusiasm about his tour at Pacific Fleet.

"I look forward to getting acquainted with you and building on the foundation of trust and mutual respect that Adm. Walsh has nurtured," Haney said. "The U.S. Navy has been a dutiful servant of the nation and its people, and a champion of freedom, security and prosperity abroad. In the Pacific, our history is rich and we have played an integral role in furthering those principles to better the lives of others."

Haney said he will work with the other military services to support U.S. Pacific Command to enhance "maritime security and freedom of the seas with the talented men and women of Pacific Fleet and our allies and partners."

Haney said he is "most grateful to Adm. Walsh for his unparalleled leadership of Pacific Fleet and tireless efforts strengthening critical ties to enhance security of the region" as well as the Sailors "headquartered here and on station across the Pacific (who) performed remarkably across a wide spectrum of our Navy's mission areas."

Haney is the 33rd naval officer to command the Pacific Fleet since it was established in February 1941 with headquarters at Pearl Harbor, Hawaii. A graduate of the United States Naval Academy with a bachelor's of science degree in oceanic engineering, Haney is also a recipient of the Vice Admiral James Stockdale Leadership Award for 1998.

The world's largest fleet command, U.S. Pacific Fleet encompasses 100 million square miles from the west coast of the United States into the Indian Ocean. The Pacific Fleet consists of approximately 180 ships, nearly 2,000 aircraft and 125,000 Sailors, Marines and Civilians. U.S. Pacific Fleet staff report administratively to the CNO and operationally to U.S. Pacific Command, whose headquarters are at Camp H.M. Smith. 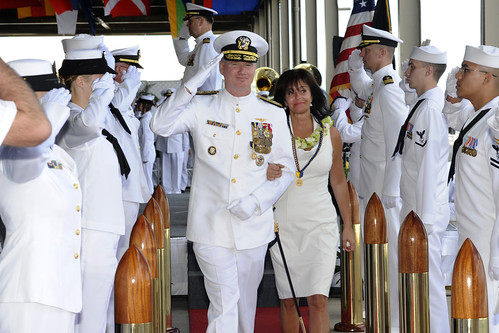 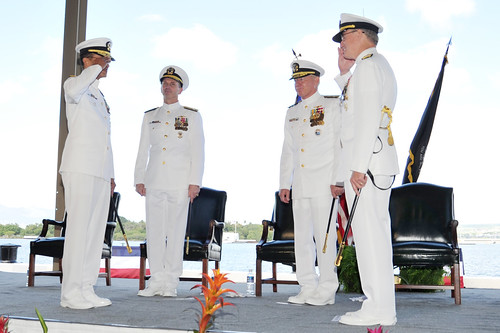 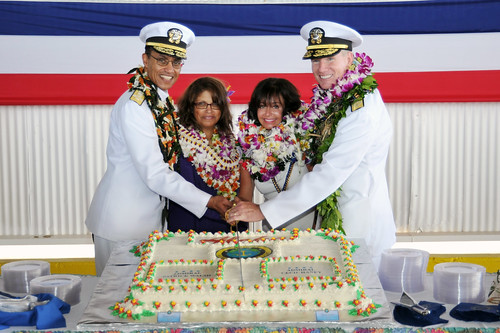