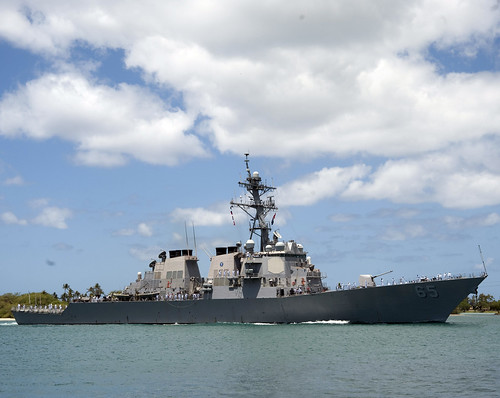 "We're extremely pleased that the San Diego-based ships USS Benfold and USS Vandergrift have joined us for this version of Koa Kai. Their participation will add great value and depth to the exercise," he added.

Koa Kai 12-2 is a maritime exercise to prepare independent deployers in multiple warfare areas, while also providing training in a multi-ship environment.

Hawaii-based surface combatants regularly deploy to the Asia Pacific region and often train with international partners while on deployment. Joint, interagency and international relationships strengthen U.S. Third Fleet's ability to respond to crises and protect the collective maritime interests of the U.S. and its allies and partners.