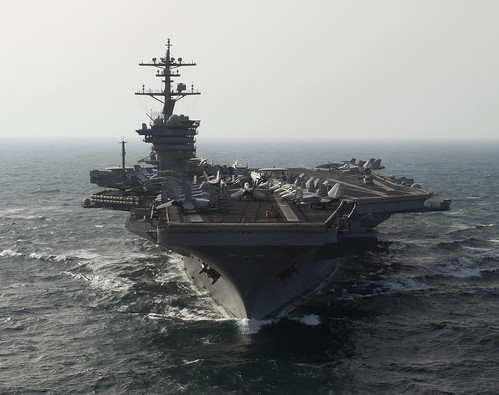 “This strike group, to include our air wing, has done precisely what they were built and trained to do,” Shannon said. “They’ve provided support to our ground forces in Afghanistan and a strong naval presence in the Middle East region at a time when it’s essential to sustaining security and stability.”

“Carl Vinson Sailors have been tested for nearly two straight years at sea, and they’ve proven more than capable,” said Carl Vinson’s commanding officer, Capt. Kent D. Whalen. “Everything we’ve asked of them they’ve accomplished, and they’ve represented our Navy and our nation around the world in fine fashion.

CSG 1 will continue operations in the 7th Fleet Area of Responsibility, maintaining a robust forward presence in the Asia-Pacific region to be in the best position to rapidly support friends and allies.

"Maintaining and continuing our presence in the 7th Fleet Area of Responsibility directly supports our relations with many countries within the region,” added Shannon. “This allows us to remain an engaged and trusted partner throughout the region.”