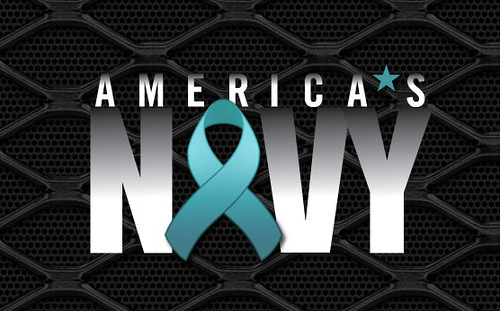 MILLINGTON, Tenn. (NNS) - There is no place for sexual assault in our Navy and efforts are underway to eradicate it from our ranks, said the director of Navy's 2012 Sexual Assault Awareness Month (SAAM) initiative April 4.

"We can get this right in our service. We can set the example of what is really acceptable behavior; what is a good professional command climate, how we set the right environment for the right behavior to occur and we can really get to a zero incidence," said Vice Adm. Scott Van Buskirk, chief of naval personnel and SAAM director.

Approximately 600 sexual assaults were reported in the Navy last year according to Van Buskirk, "But no incident of sexual assault is acceptable in our Navy."

According to Van Buskirk, about half of the sexual assaults reported last year were alcohol related and Navy is introducing new training to better educate Sailors, Marines and their families to affect behavior and raise awareness.

"We have this opportunity here to leverage sexual assault awareness month to really hit home about how important it is for us to become more aware and more educated about sexual assault in our Navy and Marine Corps and really as a nation," said Van Buskirk.

"We're going to take the time in April to stand down, to stop all work so we can have a good opportunity to make ourselves more aware and educated about this," said Van Buskirk. "It is a very important issue."

The Navy will focus on four themes during SAAM: Hurts One, Affects All, Prevention is Everyone's Duty, and We Will Not Tolerate Sexual Assault. According to Van Buskirk, training will include a segment on bystander intervention, a DoD strategy to engage all hands in preventing sexual assault.

Under the strategy, active bystanders take the initiative to help someone who may be targeted for a sexual assault in ways that are intended to avoid verbal or physical conflict.

Active bystanders take the initiative to help friends, who are not thinking clearly or whose judgment may be clouded from the effects of alcohol or other substances, from becoming victims or offenders of crime.

"Intervention does not mean that you directly intervene to stop a crime in progress, rather, these steps are early intervention before the crime begins to occur," said Van Buskirk.

Scripts and videos for each week's theme, engagement products, posters and other tools, are available on Navy Personnel Command's Sexual Assault and Prevention website, http://www.sapr.navy.mil.

Van Buskirk said his goal is to establish a baseline of education, training and awareness for the entire Navy that is sustainable year after year until we can eradicate this problem from our ranks.

Sexual Assault Prevention and Response is an important element of the readiness area of the 21st Century Sailor and Marine initiative which consolidates a set of objectives and policies, new and existing, to maximize Sailor and Marine personal readiness, build resiliency and hone the most combat-effective force in the history of the Navy and Marine Corps. The Department of the Navy is working to aggressively to prevent sexual assaults, to support sexual assault victims, and to hold offenders accountable.