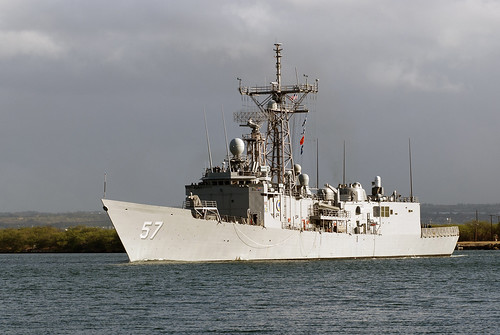 PEARL HARBOR, Hawaii - Guided-missile frigate USS Reuben James (FFG 57) will depart Joint Base Pearl Harbor-Hickam Oct. 3 for an independent seven-month deployment to the Western Pacific. It will be the last deployment from Hawaii for Reuben James, which is scheduled to decommission during the summer of 2013.

"Everything we've asked them to do, they have answered the call, and now, they will answer the call of their nation as we sail over the horizon and say farewell to our families and friends," Valascho said. "It is these kinds of great sacrifices that keep our freedom safe. I'm proud of all of them and I know they are excited to participate in the ship's final deployment before decommissioning."

The ship and crew will operate forward to strengthen partnerships and alliances in the Western Pacific and provide maritime security near vital sea lanes.