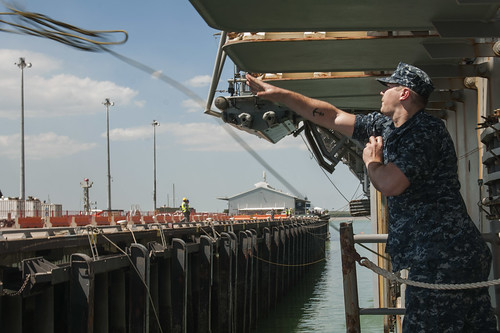 During the visit, Bonhomme Richard Sailors and Marines will participate in various community service projects, sporting events, as well as enjoy the sights and hospitality of this city of one hundred thousand people located in Australia's Northern Territory.