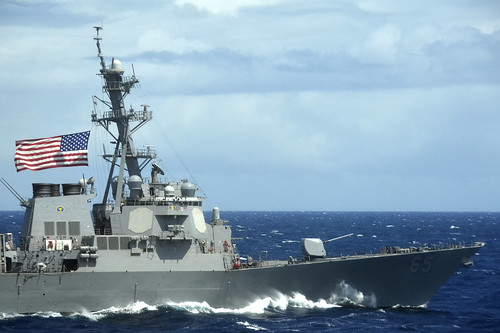 As part of the U.S. Navy's long-range plan to put the most advanced and capable units forward, Benfold and Milius will leave their current homeport of San Diego and forward deploy to Yokosuka in the summers of 2015 and 2017, respectively. The move directly supports the announcement made by Secretary of Defense Chuck Hagel in April of this year that the Navy would commit to sending two additional BMD-capable ships to the defense of Japan by 2017.

The Navy also announced that the guided missile destroyer USS Barry (DDG 52) will conduct a hull swap with USS Lassen (DDG 82) and become a member of the Forward Deployed Naval Forces (FDNF) in early 2016. USS Barry will forward deploy from its current homeport of Norfolk, Va. while USS Lassen will return to the U.S. and homeport in Mayport, Fla.

Barry, Benfold, and Milius will all complete a midlife modernization, making them among the most capable ships of their class. All will be fitted with the latest Aegis Baseline 9 combat system which includes state of the art air defense, ballistic missile defense, surface warfare and undersea warfare capabilities. The three Flight I ships will also receive upgrades including a fully-integrated bridge, improved machinery, damage control and quality of life improvements, an advanced galley and commercial-off-the-shelf computing equipment.

As part of their Aegis combat systems, each ship is outfitted with the Mark-41 Vertical Launch System for multiple types of guided missiles and is capable of defensive and offensive operations against aircraft, cruise missiles, ballistic missiles, surface ships, submarines and shore targets.

These U.S. BMD-capable forces, combined with the sea-based missile defense systems operated by their counterparts in the Japan Maritime Self-Defense Force, as well as the new TPY-2 radar at Kyogamisaki scheduled to start operations later this year, provide the U.S.-Japan alliance a regionally responsive missile defense capability. They also represent a significant improvement in capability and will provide the FDNF with greater capacity in all mission areas including regional Ballistic Missile Defense and Ballistic Missile Defense of the Homeland.

Lassen will return to the United States and homeport in Mayport, Fla., following a 10-year forward deployment to Yokosuka. Lassen will later undergo modernization to upgrade her combat systems to the latest Aegis program standards.

The United States values Japan's contributions to the peace, security and stability of the Indo-Asia-Pacific and its long-term commitment and hospitality in hosting forward deployed U.S. forces. These forces, along with their counterparts in the Japan Self-Defense Forces, make up the core capabilities needed by the alliance to meet our common strategic objectives.

This forward deployment is called an Overseas Force Structure Change. The force structure change is part of the Navy's long range FDNF plan to rotate newer and more capable units forward. Increasing FDNF capability supports the United States' commitment to the defense of Japan and the security and stability of the Asia-Pacific region. 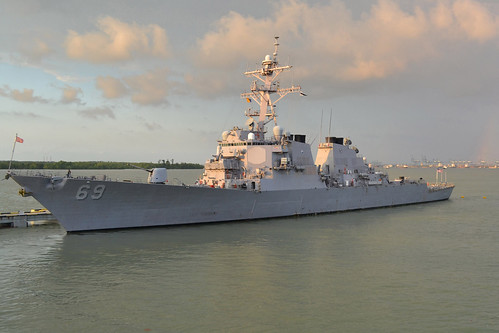