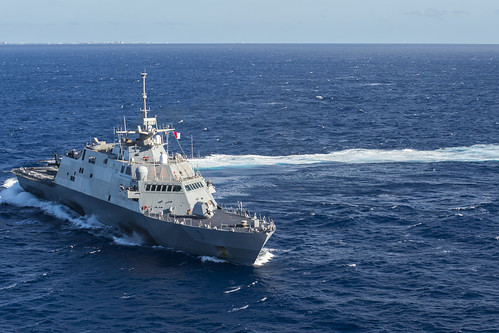 "Fort Worth will be a workhorse in 7th Fleet, demonstrating our forward presence in the vital littorals of the region and expanding its operations to work with allies and partners in unprecedented ways," said Vice Adm. Robert Thomas, commander, U.S. 7th Fleet.

In addition to presence in nearly every phase of CARAT 2015 in South and Southeast Asia, Fort Worth will train with the Republic of Korea Navy in exercise Foal Eagle and is scheduled to join multinational ships at Singapore's Changi Naval Base for the International Maritime Defence Exhibition. Fort Worth will also expand LCS regional presence by using additional expeditionary maintenance locations in Northeast Asia.

Fort Worth is the first LCS to deploy under the "3-2-1" manning concept, swapping fully trained crews roughly every four months. This concept will allow Fort Worth to deploy six months longer than Freedom and twice as long as typical U.S. Navy ship deployments, extending LCS forward presence and reducing crew fatigue for the 16-month deployment. It is named 3-2-1 because three rotational crews will support two LCS ships and maintain one deployed ship.

Forth Worth arrives in 7th Fleet with an embarked aviation detachment from Helicopter Maritime Strike Squadron (HSM) 35, the Navy's first composite expeditionary helicopter squadron. The detachment consists of one MH-60R Seahawk helicopter and one MQ-8B Fire Scout Vertical Takeoff and Landing Unmanned Aerial Vehicle. The Fire Scout will complement the MH-60R by extending the HSM-35's range and endurance thereby enhancing maritime domain awareness.

"It's great to be in 7th Fleet, a huge region with critical littoral areas in which Fort Worth is tailor-made to operate," said Cmdr. Kendall Bridgewater, LCS Crew 104 commanding officer. "The next several months here will be busy for Fort Worth and her crews, but we're looking forward to the opportunities this deployment will provide to work with many partner navies throughout the Asia-Pacific."

Fast, agile and mission-focused, littoral combat ships are designed to operate in near-shore environments and employ modular mission packages that can be configured for surface warfare, mine countermeasures or anti-submarine warfare. Fort Worth will employ the surface warfare mission package for her entire deployment, augmenting her 57mm gun and rolling airframe missile launcher with two 30mm guns, two 11-meter rigid-hull inflatable boats and two eight-member maritime security boarding teams. With more fuel capacity than Freedom, Fort Worth can refuel less often and stay on patrol longer.

Since departing San Diego Nov. 17, Fort Worth transited the Pacific Ocean, visited Hawaii to conduct joint operations, and is scheduled to arrive in Guam for its first 7th Fleet port visit. Following Guam, Fort Worth will continue to the maintenance and logistics hub in Singapore. It will remain homeported in San Diego and all crews will live aboard. 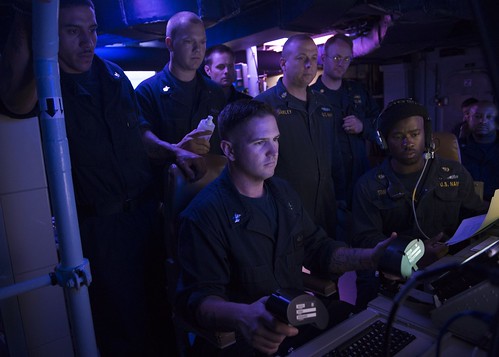