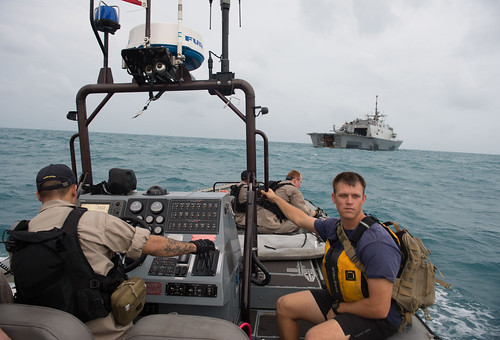 Sampson, a guided-missile destroyer, joined the effort on Dec. 30, followed by the littoral combat ship Fort Worth on Jan. 3.

U.S. Navy divers from Mobile Diving and Salvage Unit (MDSU) 1, embarked aboard Forth Worth, have conducted Tow Fish side-scan sonar (learn about the system) searches over the past two days, mapping the ocean floor and providing highly accurate imagery for further analysis, according to a U.S. 7th Fleet news media update.

“We are working around the clock in close coordination with our Indonesian partners to support all the search efforts that are ongoing,” said Cmdr. Kendall Bridgewater, USS Fort Worth Crew 104 commanding officer. “We’re basically operating our small boats, launching our helicopters and conducting visual searches from the bridge as we transit the area.”

Sampson remains on station and continues to assist in recovering debris, including airline seats on Jan. 4 that were in the process of being transferred to Indonesian authorities. Sampson’s crew has also recovered and returned passenger remains from the aircraft to Indonesian officials.

Both ships conducted an underway replenishment with USNS Carl Brashear (T-AKE-7) on Monday, taking on fuel, food and supplies.

U.S. Navy assets will remain on station as long as they can provide useful assistance to the search efforts, which are being coordinated by the Indonesia National Search and Rescue Agency. 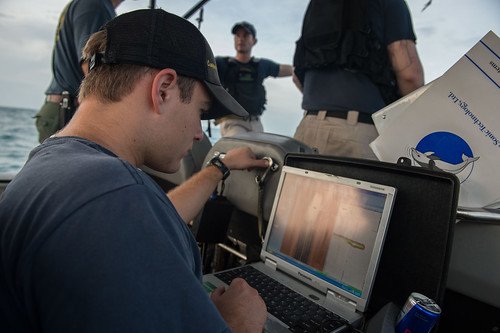 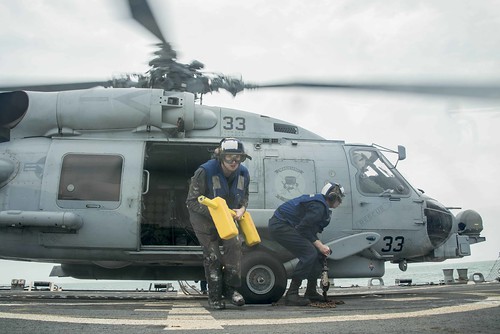