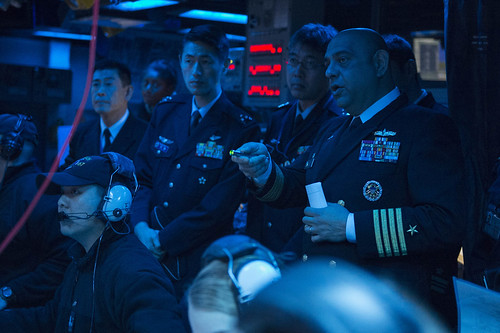 Training exercises are conducted using models and simulations to replicate real-world command and control systems, which allow units to develop operator-level proficiency and validation of tactics, techniques and procedures prior to participation's of real-world events or joint training exercises.

"FST-J provides an excellent opportunity for Japan Self-Defense Force (JSDF) and U.S. forces to operate in a complex and multi-warfare tactical environment," said Lt. j.g. Weston Ford, BMD officer aboard the Arleigh Burke-class guided-missile destroyer USS John S. McCain (DDG 56). "Ultimately, this will enhance our bilateral relations and interoperability between the U.S. and JSDF when defending against hostile threats."

The U.S. and Japanese forces encountered computer-generated environmental conditions, political state of affairs and foreign military provocations without having to operate at sea.

"In the past, FST-J training has been more focused on executing the BMD mission from a ship's perspective," said Moore. "We have expanded BMD training this year to include as many of the players who we have to interact with when we execute an actual mission."

FST-J enables the Navy and its allies in different geographical areas to gain training efficiencies at sea by conducting training exercises and synthetic pierside scenarios, and plays a vital role in the qualification, readiness and interoperability of the strike group and its host nation.

"Synthetic training provides us the unique opportunity to fully exercise not only our shipboard capabilities, but the combined capabilities of the U.S. and Japan bilateral force," said Cmdr. Chad Graham, John S. McCain's executive officer. 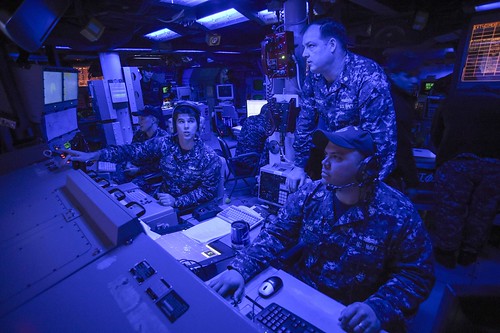