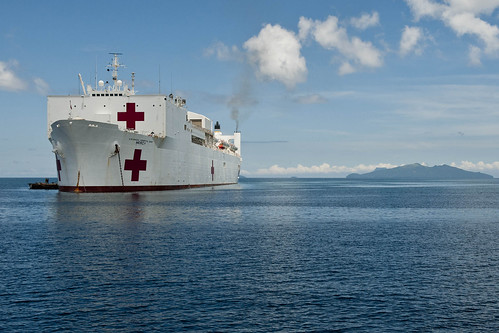 Led by the U.S. Navy, the Pacific Partnership 2015 (PP15) team includes personnel and assets from Australia, France, Japan, New Zealand, the Republic of Korea and Timor-Leste. As a combined force, the PP15 team will visit seven host nations and engage in a variety of local outreach efforts.

Fiji, the Independent State of Papua New Guinea, Republic of Kiribati, Federated States of Micronesia, Solomon Islands, Republic of the Philippines and Vietnam are all scheduled to host this year’s Pacific Partnership mission. Medical, dental, engineering and veterinary personnel from the multilateral team will assist each host nation with a wide variety of projects. Engagements between PP15 participants and local communities are intended to improve host nation capability, build regional relationships, and exercise collective ability to respond to a natural disaster.

“Disasters happen,” said Adm. Harry Harris, commander, U.S. Pacific Fleet. “If Mother Nature can dish it out, it’s on the menu in the Indo-Asia Pacific. It’s not a matter of ‘if’ a natural disaster will strike in the region, it’s a matter of when. Pacific Partnership trains all participants to be ready to provide humanitarian aid in a region of the world that is all too familiar with cyclones, earthquakes, typhoons, volcanic eruptions and tsunamis.”

Pacific Partnership began in response to one of the world’s most catastrophic natural disasters, the December 2004 tsunami that devastated parts of Southeast Asia. Along with other nations, the United States swiftly responded to this unprecedented tragedy. U.S. Navy assets, including the hospital ship USNS Mercy (T-AH 19), were deployed to provide humanitarian aid. Seeing the benefit of planning and preparation to quickly respond to natural disasters, U.S. Pacific Fleet sent Mercy back to the region for the first Pacific Partnership mission in 2006. Since then, Pacific Partnership has expanded using a multilateral approach to include partner nation militaries and non-government organizations.

On this 10-year anniversary of the South Asian tsunami, Mercy will return to the region and serve as the PP15 primary mission platform. U.S. Navy leaders from Destroyer Squadron (DESRON) 9 will serve as the mission command and will embark on Mercy to oversee PP15.

This will be the first Pacific Partnership mission involving a joint high speed vessel (JHSV). USNS Millinocket (JHSV 3) and its embarked personnel, led by U.S. Navy Seabees from the 30th Naval Construction Regiment (30 NCR) in Port Hueneme, Calif., will lend their efforts and expertise to the mission.

“We are thrilled that USNS Millinocket will serve as the secondary command platform for this year’s Pacific Partnership,” said Engdahl. “The JHSV is a flexible asset, designed for a wide range of operations, including humanitarian assistance and logistics support.

“At the same time, we are excited to have USNS Mercy return for Pacific Partnership ‘15,” said Engdahl. “Mercy and her crew have tremendous experience, and these two great maritime platforms together will help us build on the lessons of previous missions while making new friendships and strengthening enduring ones in the seven host nations.”

PP15 will have several other distinctions:

• A multinational command-and-control structure will be used to include a deputy mission commander from the Australian Defense Force and a mission chief of staff from the New Zealand Defense Force.

• Mercy’s visit to Fiji will mark the first visit by a U.S. Navy vessel in 9 years. USS Salvor (ARS 52) was the last U.S. Navy ship to visit the nation in September 2006.

• The visit by Mercy and Millinocket to Vietnam is in conjunction with the 20th anniversary of the normalization of diplomatic relations between the United States and Vietnam. Along with events such as the recently completed Naval Engagement Activity (NEA) maritime collaboration, PP15 underscores the deepening relationship between the United States and Vietnam.

• For the first time, a U.S. Navy band and a U.S. Army band will deploy to support the mission. A joint band of Army personnel from the 25th Infantry Division, based at Schofield Barracks, Hawaii, and Navy personnel from the Pearl Harbor-based U.S. Pacific Fleet Band will deploy aboard Millinocket to provide music and entertainment during community service events and local concerts.

While training for crisis conditions, Pacific Partnership missions to date have provided real-world medical care to approximately 270,000 patients and veterinary services to more than 38,000 animals. Critical infrastructure development has been supported in host nations during more than 180 engineering projects.

While Pacific Partnership brings together a great number of like-minded organizations focused on making a long-term difference, Harris also pointed out that the mission goes beyond helping partner nations in areas such as engineering, medical, dental and veterinary services. He said Pacific Partnership strengthens relationships that are critical to deter conflict while increasing regional stability and security - the crux of the U.S. strategic “rebalance” to the Indo-Asia-Pacific.

“Friends help friends,” Harris said. “We are grateful to all the participating nations and non-government organizations that support Pacific Partnership. Ultimately, missions like Pacific Partnership build trust, enhance cooperation and open dialogues among leaders, a welcome approach that benefits all nations.

“Capacity-building leads to partnership. Partnership leads to stability. Stability leads to prosperity and peace,” Harris said. “Multilateral efforts such as Pacific Partnership are crucial to the U.S. Pacific Fleet’s mission of defending the collective maritime interests of America and its allies and partners in the region.” 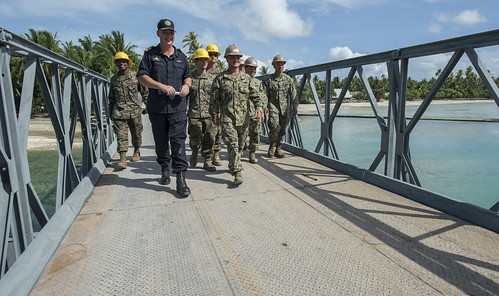 Members of the Pacific Partnership 2013 team cross a bridge in Tarawa, Kiribati, during a ceremony marking its restoration as part of the mission. (U.S. Navy/MC2 Laurie Dexter) 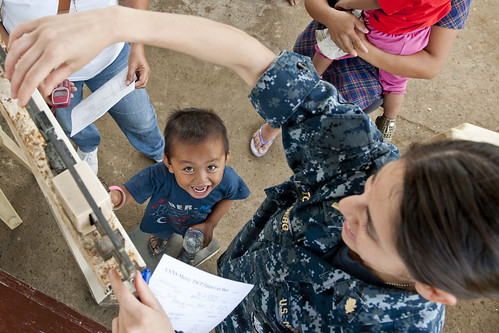 A Sailor weighs a Filipino child at a medical civic action project in the Philippines during the Pacific Partnership 2012 mission. (U.S. Navy/MC3 Michael Feddersen) 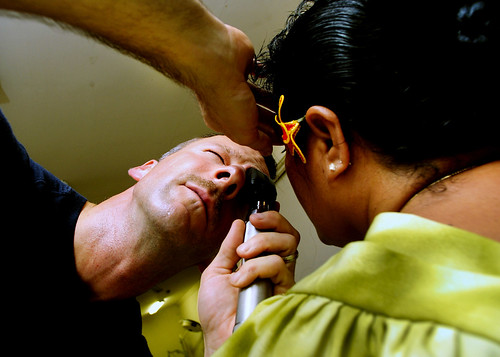 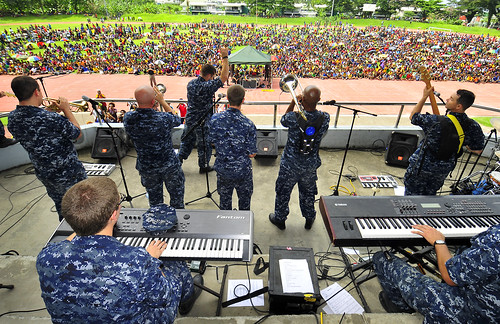 The U.S. Pacific Fleet band performs for a crowd of more than 3,000 during Pacific Partnership 2011 in Papua New Guinea. (U.S. Navy/MC2 Michael Russell) 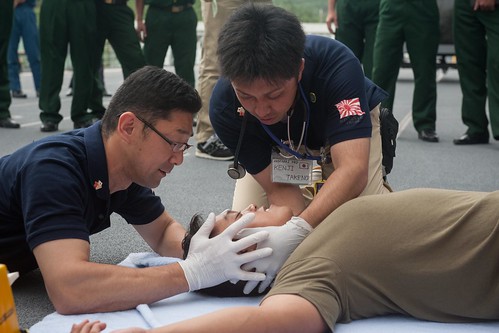 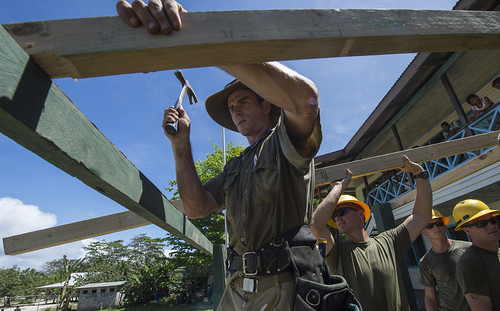 Service members from Australia and the U.S. work together during an engineering project in the Solomon Islands during the 2013 Pacific Partnership mission. (U.S. Navy/MC2 Laurie Dexter)