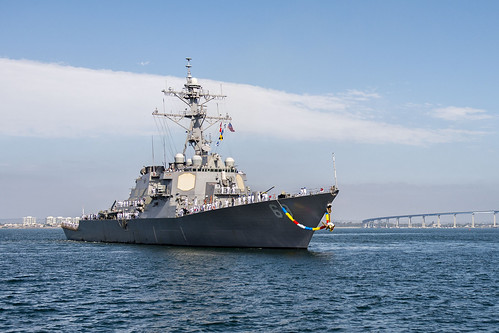 While deployed to the U.S. 5th and 7th Fleets, the ship and crew of more than 300 Sailors, assigned to Destroyer Squadron (DESRON) 21, conducted presence operations and goodwill activities with partner nations.

"I am extremely proud of this ship and this crew," said Cmdr. Michael J. Rak, commanding officer of Milius. "These destroyermen performed exceptionally well in theater, and their superior performance during this eight-and-a-half month deployment is a testament to them and the families who support us."

The Navy announced in October 2014 that the ballistic missile defense (BMD)-capable guided-missile destroyers USS Benfold (DDG 65) and USS Milius (DDG 69) will become part of the Forward Deployed Naval Forces (FDNF) based at Commander, Fleet Activities Yokosuka, Japan, in the summers of 2015 and 2017, respectively.

Milius is a multi-mission ship with anti-air warfare, anti-submarine warfare and anti-surface warfare surface combatants capabilities; designed to operate independently or with an associated strike group.

The ship is homeported in San Diego and is part of Naval Surface Forces and U.S. 3rd Fleet. 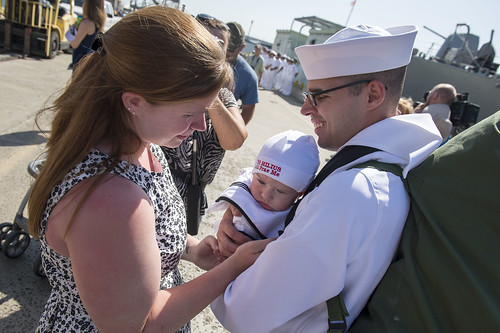