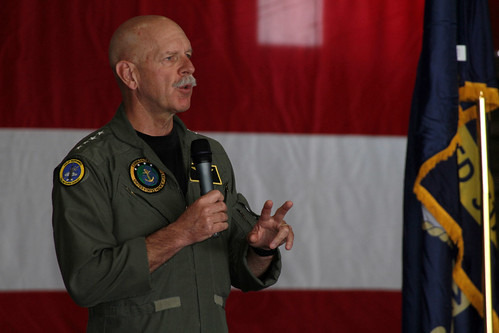 Swift assumed command of PACFLT on May 27. PACFLT consists of approximately 200 ships, nearly 1,100 aircraft, and more than 140,000 Sailors and civilians. PACFLT's area of responsibility encompasses nearly half the Earth's surface.

During the visit, Swift held an all-hands call for Sailors and base personnel, as well as a town hall meeting for both service members and their families. The admiral discussed his goals for PACFLT and took time to answer Sailors' questions during both events. In addition, he attended the Aviation Warfare Commander's Conference hosted by the Naval Aviation Warfighting Development Center.

The admiral noted that while getting stationed in Fallon may come as a surprise for some, "...it's rewarding. Of all the Sailors I have talked to, once they get here, and realize the value of service and community that exists, most enjoy their tour and want to come back."

Whitman, in addition to the all-hands call and town hall meeting, met with the NASF and tenant command chief petty officers and toured the base.

"When you come to Fallon you get that hometown feeling," said Whitman. "It reminds me of my hometown, and makes me proud to tell the rest of the fleet about all the great things you do here on a daily basis."

"If we take care of our people, our people will take care of the mission," said Swift. "And when I say people, I am talking about our active duty Sailors, our civilian support personnel, and their families."

Swift discussed topics and issues ranging from permanent change of station moves, to possible changes in the Department of Defense retirement plan and many other issues that have a potential impact on Navy personnel and their families.

"What you are doing here is very important, make sure that you take care of yourself," said Swift. "Pay attention to your quality of life and service. After that, make sure you are looking out for your shipmate on your left and right. Thank you for what you do on a day-to-day basis." 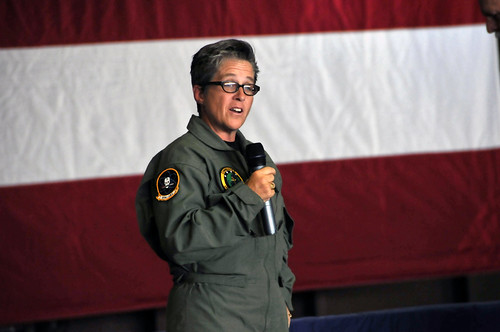 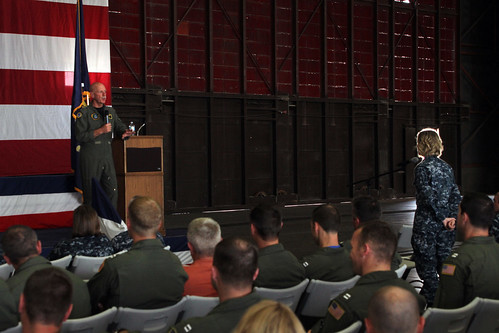