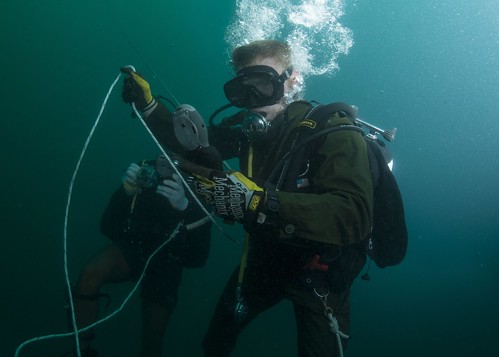 The nine-day operation was held aboard USNS Safeguard (T-ARS 50) with embarked divers from Explosive Ordnance Disposal Mobile Unit 11, Mobile Diving and Salvage Team Seven (MDS 11-7). The purpose of the diving survey was to assess the current condition of the vessel and document any patterns of unauthorized disturbance of the grave site.

"The ongoing surveys of USS Houston are helping to preserve the final resting place for more than 700 Sailors who perished during WWII," said Rear Adm. Charlie Williams, commander, Task Force 73. "Our Navy divers and civilian-mariners are proud to be part of this meaningful operation that honors the legacy and sacrifice of these fallen service members."

Houston was sunk during the World War II Battle of Sunda Strait on Feb. 28, 1942. The ship remains sovereign property of the U.S. under customary international law, and is a popular dive site.

The survey mission concluded Oct 24. Divers found no evidence of recent salvaging. The ship's condition remains relatively unchanged since the previous survey operations in 2014. Sailors from Safeguard and Navy divers completed the current phase of survey operations with a wreath-laying ceremony in waters near the wreck of USS Houston.

"We were honored to be part of this mission," said Lt. Phil Westbrook, MDS 11-7 officer-in-charge. "Our divers made a tangible contribution to the preservation of this historic site for the fallen Sailors of USS Houston."

The Naval History and Heritage Command (NHHC), located in Washington D.C., is responsible for the preservation, analysis and dissemination of U.S. naval history and heritage.

It provides the knowledge foundation for the Navy by maintaining historically relevant resources and products that reflect the Navy's unique and enduring contributions through the nation's history, and supports the Fleet by assisting with and delivering professional research, analysis and interpretive services. 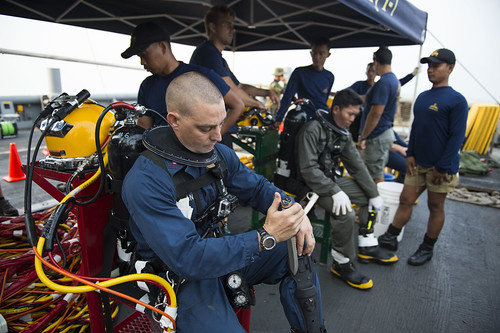 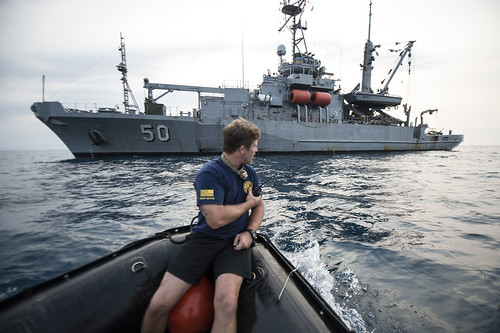