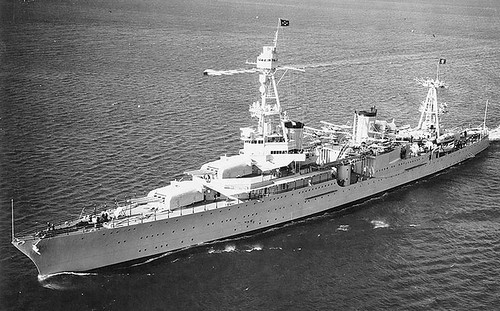 JAKARTA, Indonesia - Nearly three dozen government officials from Indonesia, the United States, Australia, and the United Kingdom gathered in Jakarta, Oct. 29, to continue their efforts to protect and preserve sunken sovereign vessels in the Java Sea, many of which serve as war graves.

"This year's conference was another opportunity to raise awareness about the efforts to protect and preserve these maritime war wrecks," said Naval Attache for the U.S. Embassy in Jakarta Capt. Mark Stacpoole. "The close collaboration during this year's meetings will enable us to unify our efforts to maintain recognition and respect for these final resting places of our service members, who, in the words of Lincoln, 'gave the last full measure of devotion.'"

Officials from participating countries included representatives from their embassies, navies, and cultural and educational ministries, as well as Indonesian maritime and civil police officers, who have been working to stem unauthorized activities that have impacted the state of preservation of wreck sites in the area.

During the course of meetings, participants provided background briefs on their protection efforts. The groups also collaborated on other ways to create and sustain awareness to dissuade criminal activity, recognizing there are mutual national interests in doing so.

The parties agreed to open a museum exhibit in Indonesia highlighting the history of the wrecks, which will help educate residents and foster a sense of joint responsibility for respecting the sanctity of those men lost in service. The group has an ambitious completion date of March 1, 2016, for the first phase of the exhibit, which coincides with 74th anniversary of the Battle of Sunda Strait. In addition to the museum exhibit, there is also a battle site commemoration planned to recognize and honor those lost during the war.

"I'm genuinely pleased with the resolve and determination by all involved," said retired Rear Adm. Sam Cox, director, Naval History and Heritage Command. "The partnering our nations have undertaken to ensure the sanctity of these war graves is something that transcends our borders."

Immediately preceding the multi-national gathering in Indonesia, was an undersea dive conducted from the USNS Safeguard (T-ARS 50). U.S. Navy divers, assisted by personnel from the Indonesian Navy, revisited the WWII wrecks believed to be those of HMAS Perth (D29) and the cruiser USS Houston (CA 30). While the visit was limited to visual inspection and documentation, it served as a necessary and important follow up to the June 2014 survey which resulted in the initial assessment of the condition of the Houston wreck.

As part of the Cooperation Afloat Readiness and Training (CARAT) exercise in June 2014, U.S. Navy divers from Mobile Diving and Salvage Unit (MDSU) ONE, with personnel from the Indonesian Navy, surveyed the wreck. Over the course of 19 dive excursions, both ends of the wrecked vessel were marked with buoys, and the exposed port side, as well as the deck, was documented using video recording. U.S. In a November 2014 report, Navy underwater archaeologists assessed that was conclusive evidence of a pattern of unauthorized disturbance of the gravesite.

USS Houston, nicknamed "The Galloping Ghost of the Java Coast," was sunk in combat during the WWII Battle of Sunda Strait in 1942. Capt. Albert H. Rooks, the ship's commanding officer who was killed in action, posthumously received the Medal of Honor for extraordinary heroism, while USS Houston was awarded two battle stars, as well as the Presidential Unit Citation. The site of the sunken ship is the final resting place of nearly 650 Sailors and Marines.

For more information on the USS Houston, visit http://www.history.navy.mil/research/histories/ship-histories/danfs/h/houston-ii.html.