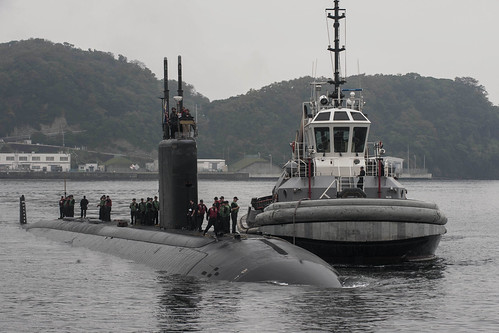 This was the first port visit for Charlotte’s crew during its current deployment. Measuring more than 360 feet long and weighing over 6,000 tons when submerged, Charlotte is one of the most modern attack submarines in the world. The submarine’s stealth, mobility, endurance, and firepower allow this covert, multi-mission platform to operate independently or in conjunction with a Carrier Strike Group or joint forces to support the interests of the United States wherever and whenever needed.

The scheduled visit gave Charlotte crewmembers the opportunity to explore the rich history and culture of Japan.

Charlotte is the fourth U.S. ship to be named for Charlotte, North Carolina.

Commissioned on Sept. 16, 1994; Charlotte is the 55th nuclear-powered fast-attack submarine of the Los Angeles class. Charlotte is currently homeported at Pearl Harbor, Hawaii.