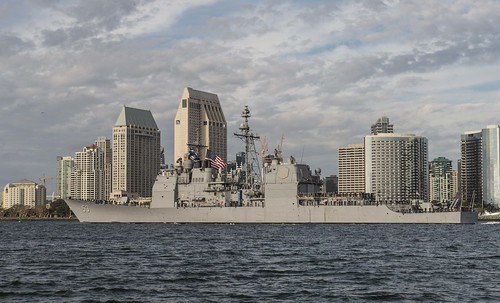 “Pacific Fleet and Pacific Command are counting on you to provide a deterring presense to dissuade our potential adversaries and reassure our friends in that very important part of the world,” said Shoemaker over the ship’s public address system.

Approximately 7,000 Sailors are deploying as part of the strike group.

“The Sailors of this strike group are ready, willing and able to go wherever is necessary to protect American interests,” said Rear Adm. Ron Boxall, commander, JCSSG. “We will continue the great tradition of projecting power and enhancing U.S. partner relationships around the world.”

JCSSG Sailors spent more than half of the past year underway preparing for this deployment to the 7th Fleet area of operations.

The strike group completed a Composite Training Unit Exercise and a Joint Task Force exercise throughout July and August as well as a Sustainment Exercise in October to prepare for deployment.

The JCSSG Sailors will be the centerpiece of the Great Green Fleet, a year-long initiative highlighting the Navy’s efforts to transform its energy use to increase operational capability. JCSSG will use energy efficiency measures, to include technologies and operational procedures, and alternative fuel in the course of its normal operations. JCSSG expects to participate in a number of exercises during this deployment; training, integrating and building capacity with allies in the Pacific region as part of an ongoing rotation of U.S. forces supporting maritime security operations in waters around the world. 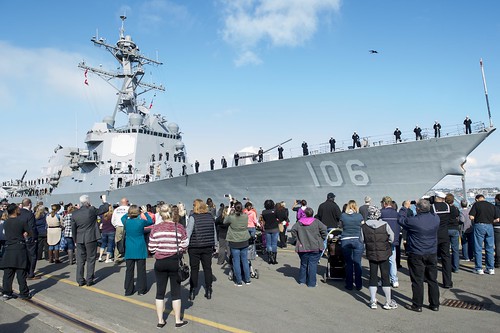 Family members and friends see off USS Stockdale (DDG 106) as the ship departs for deployment, Jan. 20. (U.S. Navy/MC2 Will Gaskill) 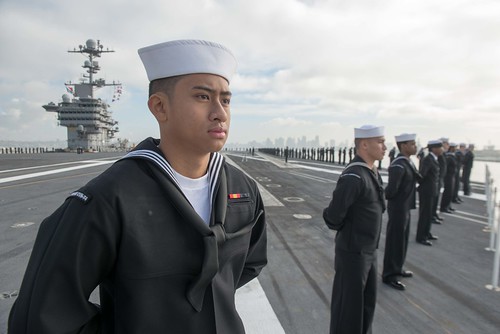