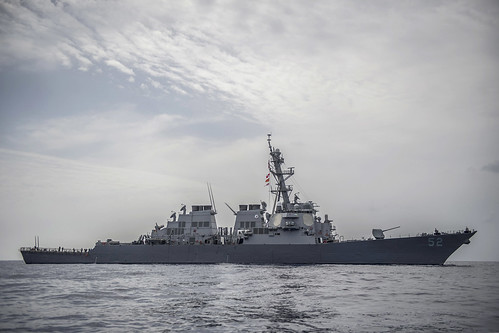 In this file photo, USS Barry (DDG 52) operates in the Mediterranean Sea during a previous deployment to the U.S. 6th Fleet. (U.S. Navy/MC1 Christopher B. Stolz)

Barry’s presence in the 7th Fleet supports the U.S. Navy's long range plan to send the most advanced and capable units to the Indo-Asia-Pacific, while adding to the number of ballistic missile defense (BMD) capable ships in the area.

“After a strenuous training cycle following a yearlong shipyard period, the excitement from the crew of Barry can be felt throughout the deck plates,” said Cmdr. Jennifer Eaton, commanding officer of Barry. “We are eager to join the forward deployed forces in Japan, and thrilled to put our training to the test. As one of the most capable and updated ships in the Navy, it’s an honor to bring the Barry to Japan.”

Barry will take the place of USS Lassen as one of the most capable BMD ships in the area and is significant addition to the U.S. 7th Fleet in support of security and stability to the Indo-Asia- Pacific.