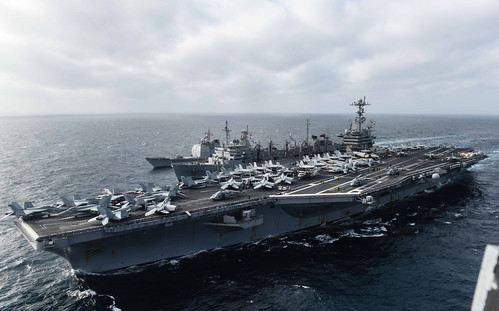 SOUTH CHINA SEA - The John C. Stennis Strike Group (JCSSG) is conducting routine operations in the South China Sea. The ships transited the Luzon Strait March 1 and have maintained a location in the eastern half of these international waters for four days.

“We have Chinese ships around us that we normally didn’t see in my past experience,” said Capt. Greg Huffman, Stennis’ commanding officer. Huffman previously deployed to the South China Sea in 2007.

“Everything I have heard over bridge-to-bridge channels has been good communications between professional mariners,” he added.

JCSSG is the centerpiece of the Great Green Fleet, a year-long initiative highlighting the Navy’s efforts to transform its energy use to increase operational capability. The strike group is using energy efficiency measures, to include technologies and operational procedures, and alternative fuel in the course of its normal operations. 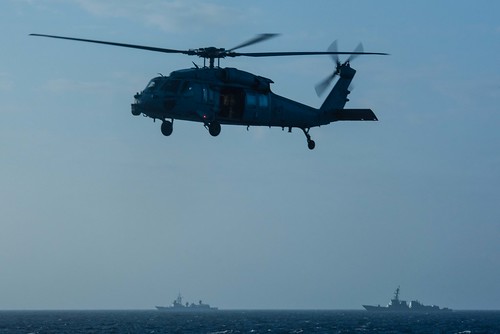