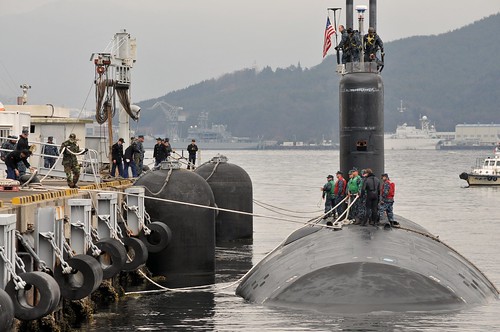 The Battle "E" is an award of merit presented to the most proficient submarine crew in each squadron and recognizes sustained superior technical performance and continual combat readiness throughout the year. The awards are presented by the commodore of each squadron to the submarine under their command which has demonstrated the highest level of battle readiness during the evaluation year.

"The competition for Battle Efficiency awards was extremely tough. These awards recognize commands which were evaluated during the past year to have attained the highest overall or departmental readiness to carry out their wartime tasks," said Rear Adm. Frank Caldwell, Commander Submarine Force, U.S. Pacific Fleet, in the message to the force. "Each crew member of an award winner can be justifiably proud of their contribution to improve Pacific Submarine Force readiness. I am extremely proud of your outstanding performance."

The Pacific Force Battle "E" winners and their homeports are: