Peleliu ARG to Return from Deployment 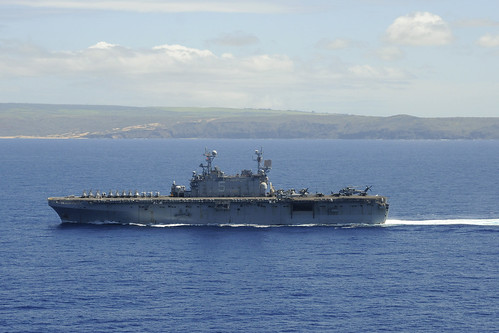 SAN DIEGO - The Peleliu Amphibious Ready Group (PELARG) is scheduled to return to Naval Base San Diego May 14 following a deployment to the U.S. 7th and 5th Fleet areas of operation.

"The ARG has accomplished a lot in our eight months of deployment," said Capt. Shawn Lobree, PELARG commander. "Most significantly we helped maintain security in a volatile part of the world through missions which ranged from counter weapons proliferation, support to special forces, maritime security operations, and multilateral theater security cooperation exercises with countries including Saudi Arabia, Kuwait, the United Arab Emirates and Djibouti."