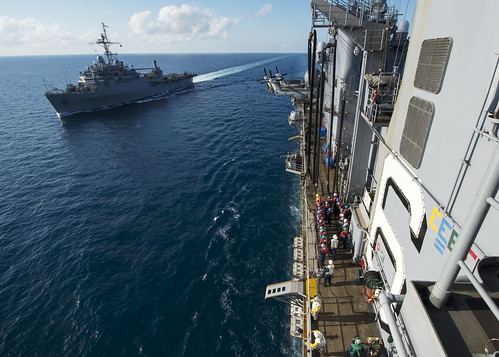 In addition to conducting exercises and operations with friendly military forces, many Sailors and Marines volunteered to step out into the local population and participate in various community service projects.

"I am incredibly proud of the success of this crew," said Capt. Kevin P. Lenox, commanding officer, USS Denver. "Every challenge [the crew] faced on this patrol, from material challenges to long hours to schedule uncertainty; they met each with resolve and high spirits. It's humbling to lead such a capable crew and I'm proud to be bringing every single one of them home to Sasebo after our successes this year."