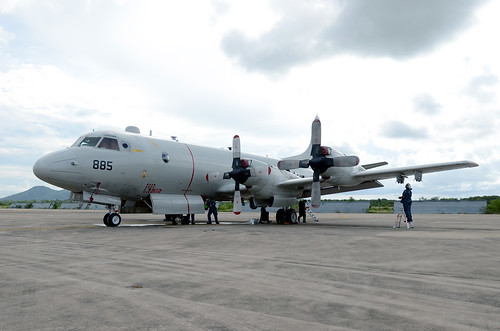 YOKOSUKA, Japan - The United States Seventh Fleet has mobilized numerous resources to aid in the humanitarian assistance and disaster relief efforts in the Philippines after Typhoon Haiyan.

Maritime patrol and reconnaissance aircraft assigned to Patrol Squadron (VP) 26 and operating from Misawa, Japan are assisting with operations. As part of Commander, Task Force 72, two VP-26 P-3C Orion aircraft are in the Philippines to assist with the Armed Forces of the Philippines' search and rescue operations.

The P-3C Orion is a four engine, turboprop maritime patrol aircraft, with the endurance and ability to conduct wide-area maritime search operations and which give the aircraft an advantage for SAR missions.

Secretary of Defense Chuck Hagel has also ordered the positioning of Navy ships including the aircraft carrier USS George Washington (CVN 73) near the Philippines to assist, if needed.

In company with the carrier will be the cruisers USS Antietam (CG 54) and USS Cowpens (CG 63), and the destroyer USS Mustin (DDG 89). The supply ship USNS Charles Drew (T-AKE-10) is already underway and will rendezvous with the group as they get closer. USS Lassen (DDG 82) got underway yesterday for the region. Embarked aboard George Washington, is Carrier Air Wing Five (CVW-5).

U.S. Navy support is part of the broader U.S. Government effort to support the Government of the Philippines's request for humanitarian assistance.

Haiyan is assessed to be the worst typhoons to ever make landfall and responsible for devastating damage in the Philippines.