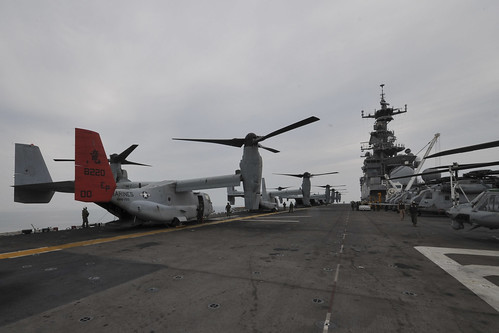 SEOUL, Republic of Korea - The U.S. Navy amphibious assault ship USS Bonhomme Richard (LHD 6) is responding to the scene of Korean passenger ship Sewol that sank near the island of Jindo off the southwestern coast of the Republic of Korea April 16.

The ship had more than 450 people embarked and was traveling from Incheon, South Korea to Jeju island at the time of the incident.

Bonhomme Richard has established communications with the Republic of Korea on-scene commander and is standing by to assist as required. The ship was on a routine patrol in waters west of the Korean peninsula at the time of the incident.

"When we were alerted to the accident, we immediately diverted to the scene to render assistance," said Capt. Heidi C. Agle, commodore of U.S. Amphibious Squadron 11. "However, the efficiency of the Korean response eclipsed the immediate need for our assets. We are standing by to provide support as requested by the on-scene commander."

Bonhomme Richard is forward-deployed to Sasebo, Japan as part of the U.S. 7th Fleet. With its embarked Marine Expeditionary Unit, Bonhomme Richard is capable of both combat and humanitarian operations. The ship's primary mission is to embark, deploy and land elements of a Marine Landing Force in amphibious assault operations by helicopter, landing craft, amphibious vehicle or any combination of these methods.