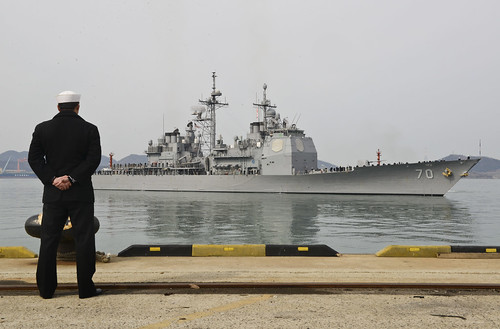 In this file photo, USS Lake Erie (CG 70) arrives in Mokpo, Republic of Korea (ROK), for a port visit in March ahead of exercises with the ROK navy. (U.S. Navy/MC1 Joshua Bryce Bruns)

“Capt. Banigan and his team have made a difference. The crew of Lake Erie stepped up and filled a critical need on this deployment. They represent the epitome of the CNO’s tenets: warfighting first, operate forward, be ready. I couldn’t be prouder,” Williams added.

U.S. 3rd Fleet leads naval forces in the Eastern Pacific from the West Coast of North America to the international dateline and provides the realistic, relevant training necessary for an effective global Navy.