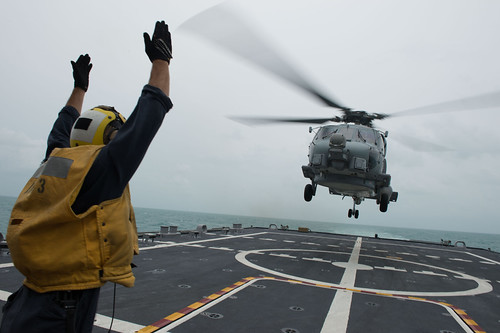 YOKOSUKA, Japan - USS Fort Worth (LCS 3) arrived in the search area Jan. 3 and has commenced search efforts for AirAsia flight QZ8501 at the request of the Indonesian government.

USS Fort Worth joins USS Sampson (DDG 102), which has been on station since Dec. 29.

Fort Worth is the littoral combat ship (LCS) on a rotational deployment to the U.S. 7th Fleet and brings maneuverability, speed and a shallow draft, which allows her to conduct expeditious visual and radar searches in a congested, shallow water environment. Fort Worth is also outfitted with a MH-60R helicopter as well as two 11-meter rigid hull inflatable boats (RHIB) to further maximize efforts.

“We offer our sincerest condolences to the family and friends of those affected by this terrible tragedy,” said Cmdr. Kendall Bridgewater, USS Fort Worth Crew 104 commanding officer. "Having just left Jakarta, Indonesia last week, the USS Fort Worth will assist the Indonesian government in any way possible."

USS Sampson has assisted with searches since she arrived on station Dec. 29. The crew recovered several bodies Jan. 1 and Jan. 2. The remains were treated with all respects to religious customs and sensitivities and all 12 bodies were transferred via the ship’s MH-60R helicopters to Indonesian authorities at Iskander Air Base in Pangkalan Bun, Indonesia.

Both ships will remain on station as long as their assistance is helpful to the Indonesian-led multinational search effort. 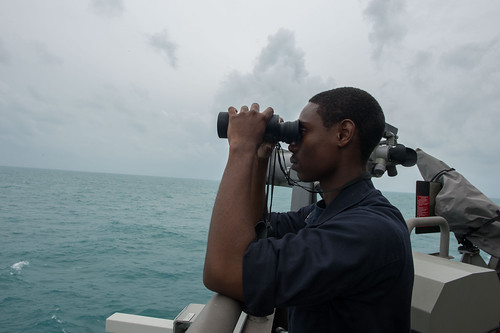 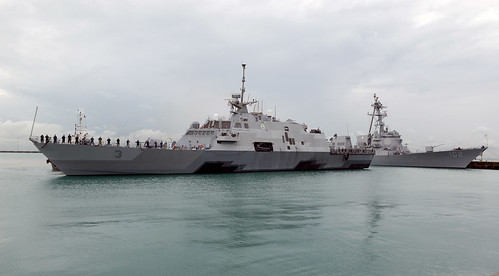