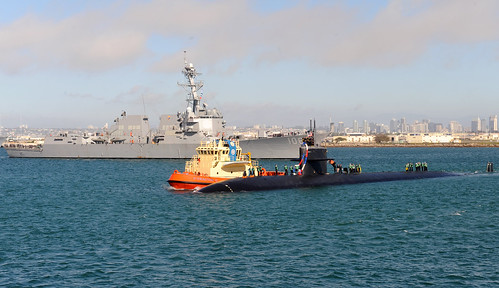 San Francisco's commanding officer, Cmdr. Jeffrey Juergens, was quick to recognize the crew of San Francisco as being instrumental to the successful deployment.

"I couldn't be more proud of the crew", said Juergens. "They trained exceptionally hard in the months leading up to this deployment and it has shown. The crew executed their missions and tasking and now we're back home ready to spend some well-deserved time with our loved ones."

For some Sailors, this was their first time away from home.

"I learned a lot about what submarines are really like," said Electronics Technician 3rd Class Julian Bravo. "I also enjoyed seeing other countries; Japan was definitely my favorite." 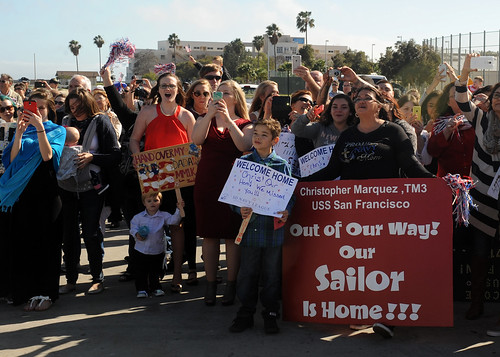