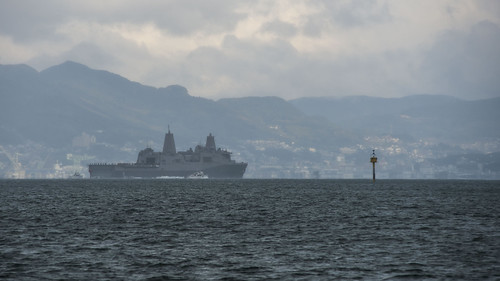 “The crew has worked hard to prepare Green Bay for forward deployment and I could not be prouder of their accomplishments. They understand the importance of the Forward Deployed Forces and know it is a privilege and honor to be selected for this assignment.” Green Bay’s Commanding Officer Capt. Kristy McCallum said. “Whether participating in amphibious exercises with a regional partner or executing a humanitarian mission, Green Bay is ready to contribute to the dynamic security environment in Seventh Fleet.”

Green Bay replaces the decommissioned Austin-class amphibious transport dock ship USS Denver (LPD 9), previously forward deployed to Sasebo, and will enhance amphibious presence in 7th Fleet as part of the U.S. Navy's long-range plan to send the most advanced and capable units to the Asia-Pacific region.

Upon their arrival to the U.S. 7th Fleet area of operations, Green Bay became part of the USS Bonhomme Richard (LHD 6) Amphibious Ready Group (ARG). The ARG integrates regularly with the 31st Marine Expeditionary Unit (MEU) to ensure the services are trained and ready to operate together to provide the most efficient amphibious fighting force in the Asia-Pacific region.

Capt. Heidi Agle, Commodore, Amphibious Squadron 11 stated, “Green Bay adds significant capability to the Forward Deployed Naval Forces of 7th Fleet and the Bonhomme Richard ARG. The crew has worked hard to get their ship ready to join the forward deployed ARG. They have completed a rigorous training cycle and certification process and are fully ready to take on the challenges in 7th Fleet. I know the crew is more than ready to join the ARG-MEU team.”

Green Bay brings a host of new technological advancements and warfighting capabilities to 7th Fleet. She is equipped with an advanced command and control suite; increased lift capacity with substantial increases in vehicle and cargo carrying capability; and advanced ship survivability features. The ship supports the rapid transfer of personnel and equipment via the landing craft and MV-22 Osprey tilt-rotor aircraft, making the ship a critical element for amphibious ready groups and expeditionary strike groups. 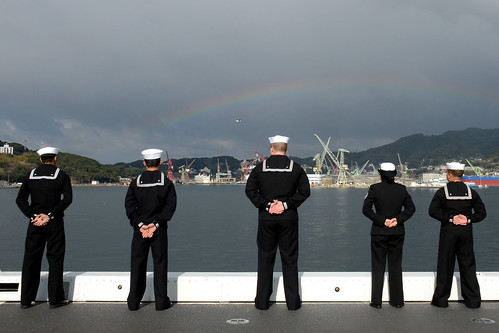 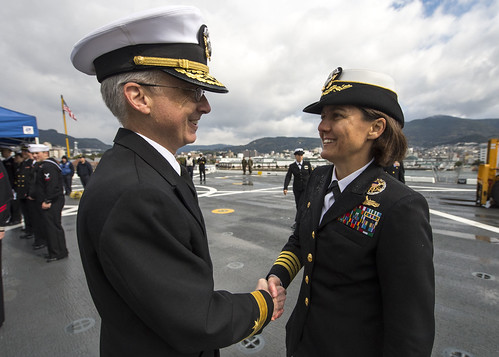 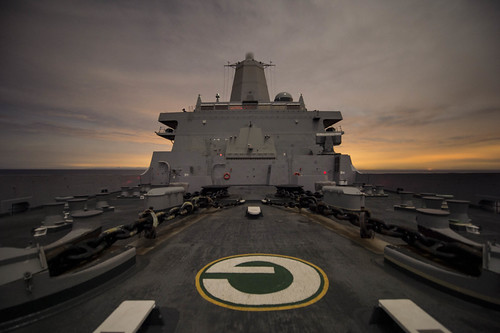