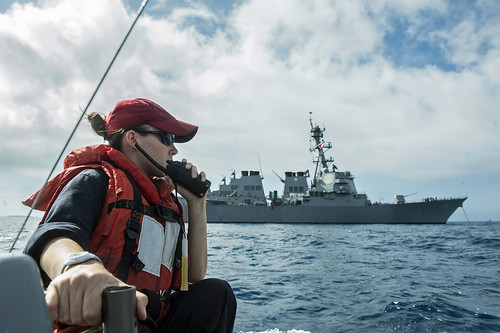 "I'm excited about the opportunity to work with Preble and integrate them into the amphibious force," said Rear Adm. Hugh D. Wetherald, commander of Expeditionary Strike Group 7. "What Preble brings to the ESG significantly enhances our combat capabilities and effectiveness as a strike group that can support a full spectrum of theater contingencies, ranging from humanitarian assistance and disaster relief, to full combat operations."

The addition of a destroyer increases all amphibious mission sets and adds increased weapons and over-the-horizon capability expanding the capacity of the forward-deployed amphibious force.

The Pearl Harbor-based Preble began its deployment to the Western Pacific in late March.