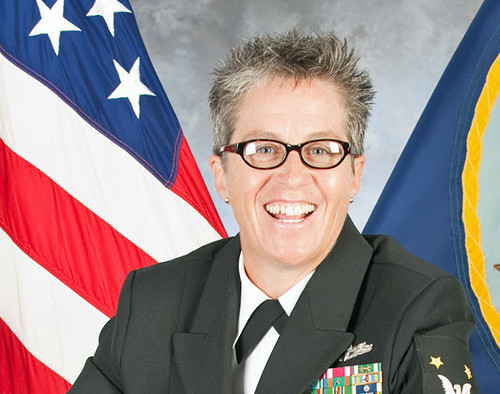 Whitman, who is currently serving as the senior enlisted advisor at Naval Surface Force Atlantic in Norfolk, Va., will take over as the Pacific Fleet enlisted leader in late summer.

“I chose Master Chief Whitman to be our top enlisted leader from a group of highly qualified candidates,” said Adm. Scott Swift, commander of U.S. Pacific Fleet. “Her operational experience and inspirational leadership, on and off the waterfront, clearly demonstrates that she is the right leader to ensure our military and civilian workforce, and their families, are well cared for.”

“Like all great Chiefs, Force Mason stepped up at a critical time when we needed him most,” said Swift. “He seamlessly took on the daunting responsibilities of the Pacific Fleet Master Chief in the same historical manner as his predecessors. As he returns full-time to his job as the senior enlisted advisor for Submarine Force Pacific, on behalf of all Pacific Fleet Sailors and their families, I can’t thank him enough for his leadership and support during the last several weeks.”

In her new assignment, Whitman will be the senior enlisted leader for the world’s largest naval command with more than 160,000 active duty and reserve Sailors who operate approximately 180 ships and submarines and 1,500 aircraft.

“The amazing accomplishments and commitment of our enlisted force is critical to our Fleet’s continued success,” said Swift. “I know Master Chief Whitman will not only be that visible leader who sets the right tone for our enlisted force, she will be my critical daily link to the Sailors that serve day in and day out on the deckplates, flight decks, hangar decks and cockpits that form the backbone of the Fleet.”

“Master Chief Whitman is a Sailor’s Sailor and I welcome her as my most trusted advisor on all issues critical to the continued success of our enlisted force,” Swift concluded.