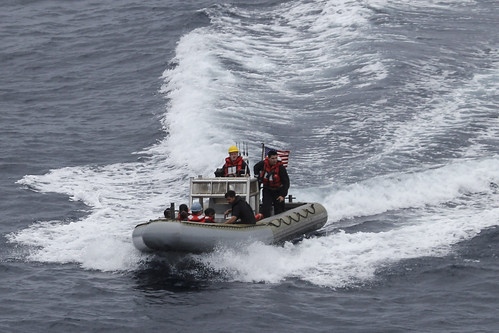 The crew of a rigid hull inflatable boat from USS Green Bay (LPD 20) returns to the ship June 19 after recovering Indonesians who were trapped on a raft at sea. (U.S. Navy photo)

Shipboard lookouts first spotted the distressed mariners waving a black flag approximately 3 to 5 nautical miles from the ship, their boat was surrounded by fuel and debris. Once Green Bay was in proximity to the craft, the ship launched a small boat to provide immediate assistance. Green Bay’s boat crew loaded the men into the boat, and the damaged vessel immediately sank.

Native Indonesian speakers onboard USS Bonhomme Richard (LHD 6) helped to communicate with the mariners to get their names and where they were from.

While aboard Green Bay, the ship's medical staff conducted a full medical screening. The medical screening determined the mariners were in good health with no signs of dehydration. They were provided food, water and sleeping arrangements until they could be transferred ashore. 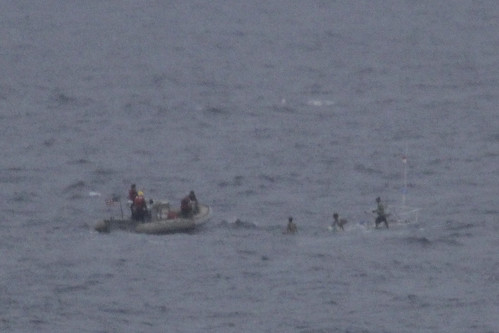