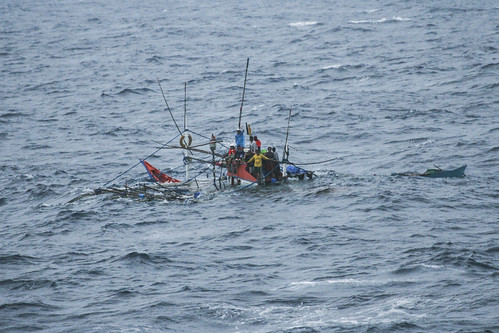 Impeccable sailors spotted personnel on a partially submerged vessel and noted debris in the water.

The Impeccable Master immediately deemed assistance was required and began preparations to deploy their rigid hull inflatable boat (RHIB) to rescue the personnel.

“This was a team effort with civilian mariners, SECDET [security detachment], MILDET [military detachment] and Lockheed Martin working together to achieve an efficient rescue of all 11 fishermen,” said Robert Wiechert, Impeccable’s Master.

“They [Impeccable crew] initially spotted only eight people on the partially submerged vessel,” said Lt. Cory Hilgart, the theater anti-submarine watch officer at Commander, Task Force 74. “They then realized that it was actually 11 and made the call to commence the rescue effort.”

The RHIB made three trips to the distressed vessel and recovered all 11 individuals.

“One of the crew members spoke English,” said Lt. Cory Hilgart, the theater anti- submarine watch officer. “He told the Impeccable crew that they were fishermen from the Subic Bay region. He confirmed that there were only 11 on board.”

Once the mariners were brought aboard Impeccable, they were examined by medical personnel and given food and water. No serious injuries or illnesses were reported.

Shortly after Impeccable arrived in port in Subic Bay, July 20, all 11 mariners were turned over to the Philippine Coast Guard.

NOTE: An earlier version of this release incorrectly noted the date of the rescue as July 20. 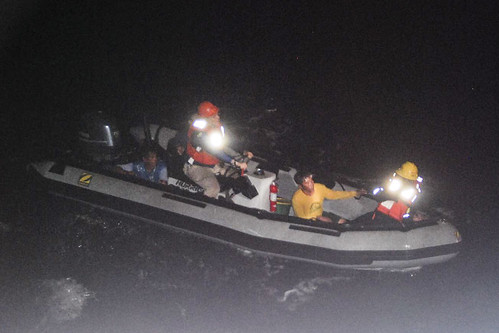 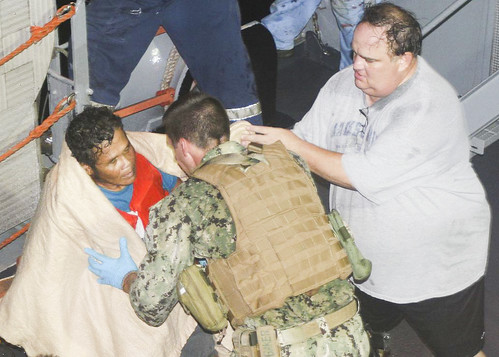