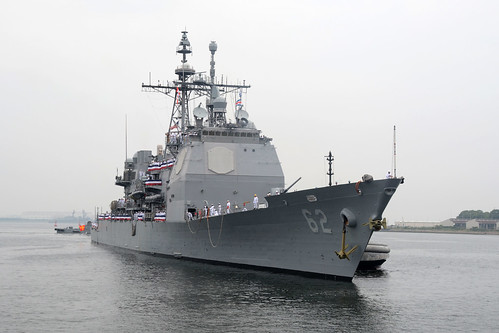 Chancellorsville is the latest addition to the Forward Deployed Naval Force (FDNF) in Japan, from her previous homeport in San Diego.

While in San Diego, the ship underwent upgrades to include a new Aegis Baseline 9 system. Chancellorsville arrived in Japan, June 18, and underwent a maintenance period prior to getting underway.

"I am very excited for our first FDNF patrol," said Lt. Corry Lougee, Chancellorsville's operations officer. "It takes a lot of preparation and planning to operate in 7th Fleet and to accomplish all this training. The crew is ready and hungry to tackle all missions assigned."

Chancellorsville, with a crew of more than 350 Sailors, will perform theater security cooperation engagements and maritime security operations while maintaining stability in the Indo-Asia-Pacific region.