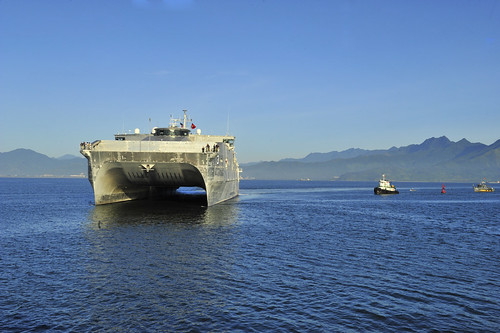 While in Da Nang, U.S. and partner nation service members as well as non-governmental organizations will work together to conduct subject matter expert exchanges on various medical and disaster relief topics, dental engagements, and engineering civic action programs. Personnel aboard both ships will also have the opportunity to volunteer for community outreach events.

“A significant portion of what we’re going to be doing in Vietnam is subject matter expert exchange,” said Royal Australian Navy Cmdr. Ken Walters. “It will be relating to disaster medicine, disaster preparedness, and all the other associated items which will provide the Vietnamese community with the wherewithal to sustain themselves in events of a catastrophe.”

The mission in Vietnam will culminate in a disaster medicine drill where both U.S. and Vietnamese medical personnel will participate both on and off Mercy.

“[The drill] will have about 50 casualties,” said Walters. “Part of that will be an element that will happen aboard Mercy, where casualties will come from ashore and be brought here, and we will take the Vietnamese health providers through and show them how we run a mass casualty and evacuation drill.”

According to the Commanding Officer of Medical Treatment Facility Mercy, Capt. Melanie Merrick, the mission in Vietnam will focus on sharing ideas and furthering an understanding of the response capabilities in the host nation should a disaster strike.

“I expect that the crew aboard Mercy will be impressed with the sophistication and cutting-edge technology of the Vietnamese medical system,” said Merrick. “I am looking forward to our discussions on disaster response as we develop the disaster drill, and I think we will learn new techniques from our Vietnamese partners in how to be better prepared for coastal disasters. Having lived along the East Coast of the United States for many years, I know the threat of a hurricane is ever present, and I look forward to learning from our Vietnamese partners in how they have adopted a coastal response plan.”

Other engagements for the PP15 crew on this mission stop include orthopedic surgical cases, where Navy surgeons will work side-by-side with the host nation health providers.

“The surgical engagement in Vietnam will include some highly specialized surgical operations onboard Mercy, which will be conducted side-by-side with Vietnamese and U.S. Navy orthopedic surgeons,” said Merrick. “We have carefully planned these procedures of hip and knee replacements and are fortunate to have the non-governmental organization Project Hope sending their volunteers to assist with the care of the Vietnamese patients.”

Also, the U.S. Pacific Fleet Band has a full schedule of public performances in Da Nang, including several at the city’s famed “Dragon Bridge.”

“This is the sixth time the U.S. has visited Vietnam in the 10 years we have been conducting Pacific Partnership. The visit by Mercy and Millinocket to Vietnam also coincides with the 20th anniversary of the normalization of diplomatic relations between the United States and Vietnam,” said Capt. Christopher Engdahl, the mission commander for Pacific Partnership 2015. “We look forward to working with our Vietnamese partners to fully understand the dynamics of preparing for disaster relief in this modern urban environment and furthering the partnership between our nations.”

"We are thrilled to conduct another Pacific Partnership mission in Vietnam,” said Capt. James Meyer, commodore of Task Force Forager embarked aboard Millinocket. “Task Force Forager personnel will unite with USNS Mercy personnel and engage with local communities to improve capability, build relationships, and exercise our collective ability to respond to a natural disaster."

Pacific Partnership is the largest annual multilateral humanitarian assistance and disaster relief preparedness mission conducted in the Indo-Asia-Pacific region. While training for crisis conditions, Pacific Partnership missions to date have provided medical care to approximately 270,000 patients and veterinary services to more than 38,000 animals. Additionally, PP15 has provided critical infrastructure development to host nations through the completion of more than 180 engineering projects. 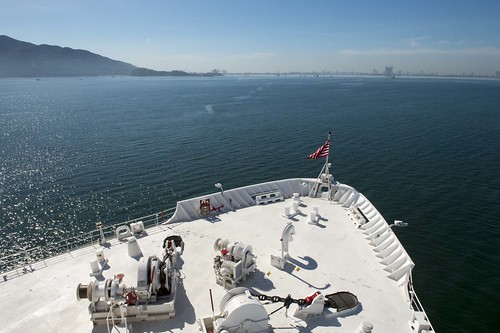