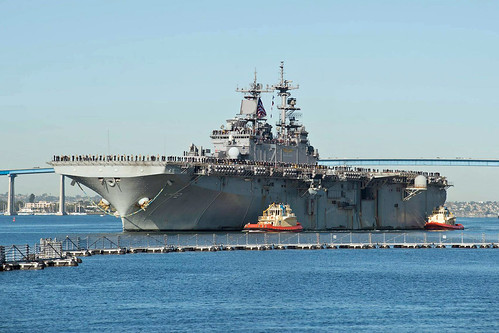 SAN DIEGO - The Sailors and Marines of the Essex Amphibious Ready Group (ARG) returned to San Diego following a seven-month deployment to the U.S. 5th and 7th Fleet areas of operation (AOO), Dec. 15 while the "Smokin' Aces" of Helicopter Sea Combat Squadron 21 Detachment are returned Dec. 14.

The Essex ARG and 15th MEU are returning from a deployment that saw forces spread across the U.S. 5th, 6th and 7th Fleet AOOs while conducting maritime security operations, participating in theater security cooperation efforts, and providing ready forces that helped maintain conditions for security and promote regional stability in the deployed area.

The Essex ARG and 15th MEU team, consisting of more than 4,500 Sailors and Marines, departed San Diego, May 11. During their scheduled seven-month deployment, they provided combatant commanders with a versatile sea-based expeditionary force tailored to a variety of missions, including being the quick-reaction, crisis response option in the maritime environment, participating in bi-lateral training events with partner nations, and launching airstrikes against ISIL as part of the Operation Inherent Resolve air campaign.

As a fully integrated Marine Air-Ground Task Force, the 15th MEU is capable of operating across a wide variety of environments and mission sets, from humanitarian assistance to full-scale combat operations, with little advance warning.

"The distinct ability of amphibious forces to gain access to critical areas anywhere in the world with ground, air, and logistics forces, enables the Navy-Marine Corps team to shape actions across the range of military operations, to resolve conflict, conduct humanitarian assistance, or combat the enemy in remote, austere environments that would otherwise be inaccessible," said Marine Corps Col. Vance L. Cryer, commander, 15th MEU.

The "Smokin' Aces" of Helicopter Sea Combat Squadron 21 Detachment 1, homeported at Naval Air Station North Island, flew more than 1,600 hours of flight operations in the MH-60S Seahawk throughout the deployment. 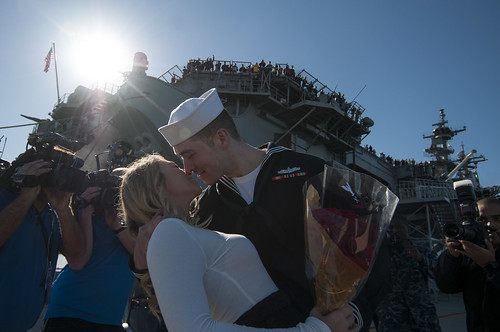