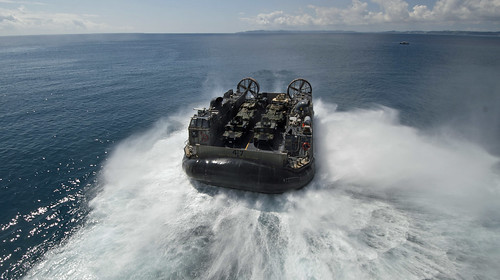 CERTEX is a comprehensive, complex training evolution that combines Navy and Marine Corps maritime and sea-to-shore capabilities. The ARG was evaluated on a wide range of complex scenarios. These scenarios tested their ability to operate in several mission critical areas ranging from maritime boarding and combat flight operations to amphibious landings, raids and civilian evacuation drills.

“CERTEX is an opportunity to put our interoperability to the test,” said Capt. Ed Thompson, commander, Amphibious Squadron 11. “Integration with the 31st MEU is essential to the ARG’s mission readiness. Each scenario demanded a series of aircraft, landing craft, equipment and personnel movements. The 'blue-green team' drove the problem and safely executed the mission. I am proud of what our team accomplished over the past nine days.”